Confident Rubio votes early for himself -- and, apparently, for Trump 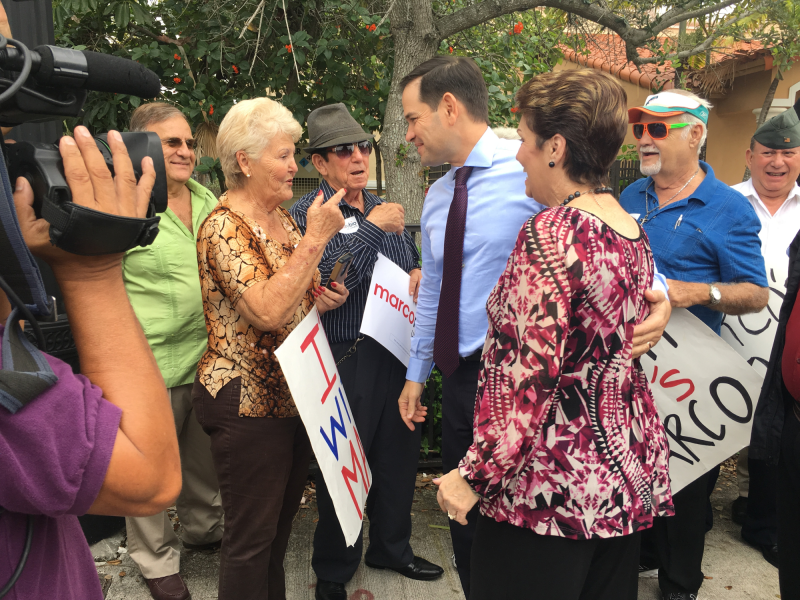 After voting early Monday, Marco Rubio fielded questions about how he voted for president, for U.S. Senate, for Miami-Dade County mayor and for two Florida constitutional amendments.

Not once did he — or anyone else — utter the name of his Democratic challenger, Patrick Murphy. Which may explain why Rubio looked so relaxed about casting his ballot for his own reelection.

“We’ve had our own campaign,” the Florida Republican senator said. “I’m pretty confident that, irrespective of the presidential ballot, that’s going to help us win.”

Still, Rubio encouraged supporters who came to cheer for him at the West Miami Community Center voting location to vote.