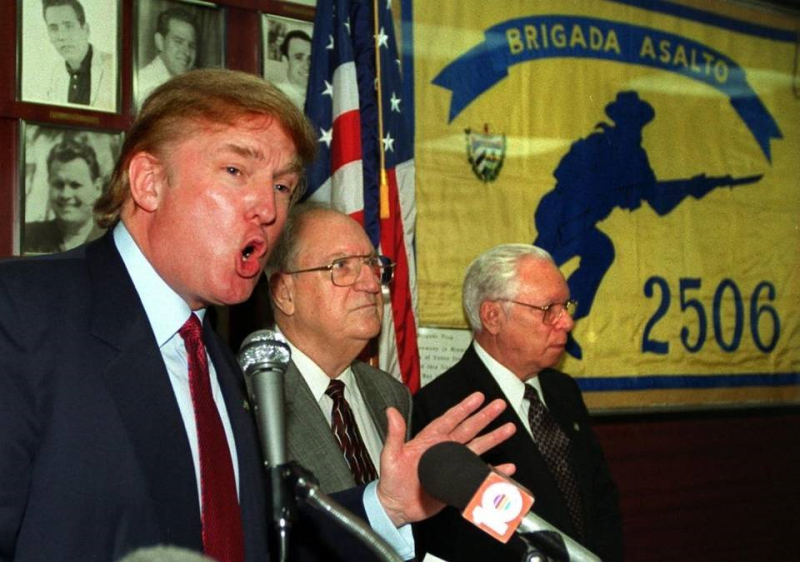 Miami's veterans of the Bay of Pigs invasion voted late Wednesday to endorse Donald Trump for president, the first endorsement in the organization's 55-year history.

The executive board of Brigade 2506 made the unanimous decision to threw the Cuban-exile group's support behind the Republican nominee.

The Brigade's decision came a day after the Latin Builders Association, a 45-year organization also founded by Cuban exiles, backed Hillary Clinton. It was the LBA's first time supporting a Democrat for the White House.

Trump's got personal history with the Brigade: In 1999, when he was flirting with running as a Reform Party candidate for president, he delivered a speech at the Bay of Pigs Veterans' Library and Museum, at the invitation of the Cuban American National Foundation.

At the time, Trump advocated for a hardline U.S. policy toward Cuba. Newsweek reported late last month that Trump's remarks came months after his casino company apparently broke the U.S. trade embargo against the communist island after it paid a consultant to explore doing business there.

With receiving Brigade 2506's endorsement, Trump could try to blunt some of the fallout from the embargo-violating news.