« Trump's quip that he was 'smart' to avoid taxes makes it into pro-Clinton TV ad in Florida | Main | Patrick Murphy says he raised $3.3M in third quarter »

Curbelo aims ire at both Trump and Clinton 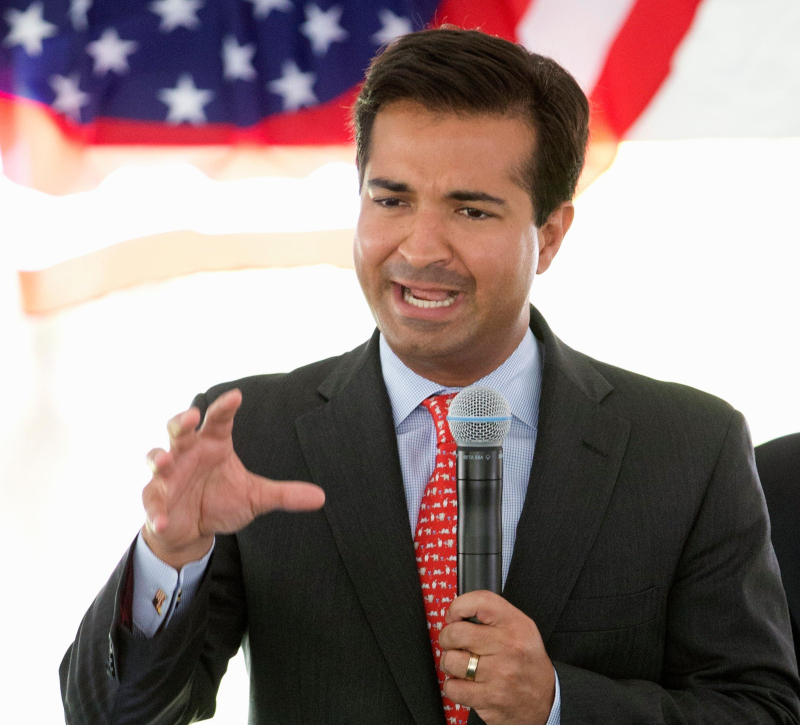 Rep. Carlos Curbelo is a congressman in search of a White House candidate he can support.

"I'm not supporting any of the two major candidates," Curbelo told the Miami Herald on Monday. "I'm as disappointed with this election as most Americans are. I'm focused on my (re-election) race and on making sure that no matter who the next president is, our community has someone who's willing to stand up to that person and also who's willing to work with that person when the opportunity arises."

Curbelo is among dozens of high-profile Republicans who did not attend the Republican National Convention in July and does not plan to vote for Trump.

While Curbelo said he considers it a "civic duty" to vote, he also declined to say whether he is going to vote for Green Party nominee Jill Stein or Libertarian Party candidate Gary Johnson.

Asked whether he might vote for Stein or Johnson, Curbelo responded: "I don't know. There are many ways of exercising one's right to vote. We'll have a family conversation, and we'll figure it out."

It would be the first time in his adult life, starting with the 2000 election between George W. Bush and Al Gore, that Curbelo has not voted for a major party White House nominee, presumably the Republican.

Clinton is running 2 percentage points ahead of Trump in RealClearPolitic's average of the five most recent polls in Florida. Johnson is averaging 5.8 percent support, while Stein is at 1.4 percent in the key battleground state that decided the 2000 election in favor of Bush.

Curbelo said his unwillingness to vote for Trump or Clinton is tied more to their divisive personalities than to their stances on issues.

"It has do with some of the disqualifying statements they've made and the conduct they've exhibited," the first-term congressman said. "And it has to do with their inability to bring this country together. These are two people who still today are working to divide the country for their own benefit, whether it's through incendiary language or by calling millions upon millions of Americans deplorable."

Curbelo was apparently referring to a number of Trump's controversial statements and to Clinton's assertion last month that she would put half of his supporters in "a basket of deplorables," an aspersion for which she later expressed regret.