« Fact-checking Donald Trump and Hillary Clinton in the Las Vegas debate | Main | Clinton and Trump broke a tradition of debate handshakes. A look back at 40 years of greetings. » 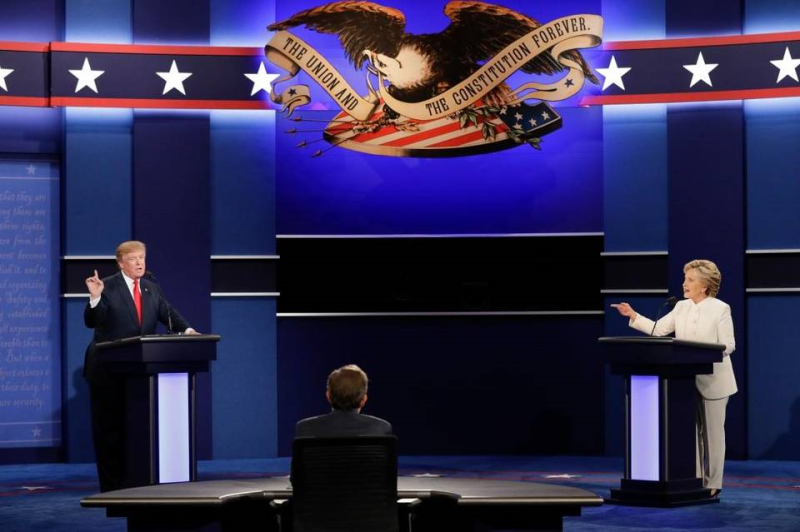 In an election characterized by remarkably unorthodox debates, the third and final night of Hillary Clinton versus Donald Trump often offered much more traditional fare on policy and politics — until one of the two nominees for the presidency of the United States refused to say if he’d accept the results of the Nov. 8 election.

“I will look at it at the time,” Trump said.

When moderator Chris Wallace of Fox News, sounding aghast, pressed Trump on whether he would accept a peaceful transition, the hallmark of American democracy, Trump held fast: “I’ll keep you in suspense.”

“Every time Donald thinks things are not going in his direction, he claims whatever it is, is rigged against him,” she said, rattling off a long list of examples. “There was even a time when he didn’t get an Emmy for his TV program three years in a row — and he started tweeting that the Emmys were rigged against him.”

“Should have gotten it,” Trump said.

Trump’s unprecedented refusal stood out in a 90-minute debate that Wallace kept tightly focused on the issues — a welcome change, perhaps, from the theatrics and mudslinging of the first two debates, though parts of Wednesday night also felt detached from the questions that have been driving the past few frenzied weeks of the presidential campaign.