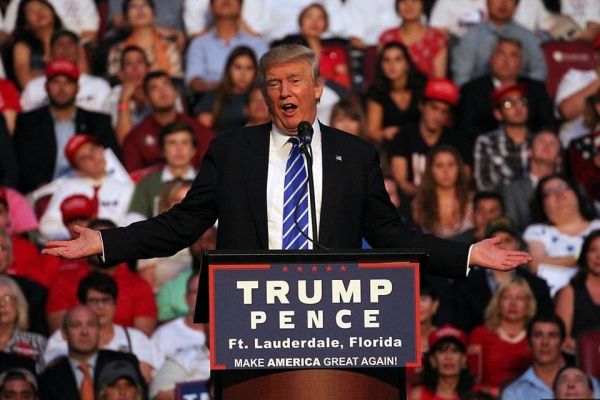 Donald Trump, the candidate who claims that there is "large scale voter fraud" in the United States, has only a small fraction of the poll watchers that will be dispatched by the Hillary Clinton campaign for early voting in Miami-Dade County.

A list of registered poll watchers from the Miami-Dade Supervisor of Elections shows that the county has 875 approved poll watchers for election day -- the vast majority, 685, for Hillary Clinton. Trump will have 53.

Poll watchers, who must be registered with the elections office, can stand within voting areas to monitor elections on behalf of campaigns.

Here are the numbers for poll watchers for additional campaigns in Miami-Dade:

The remainder, which have between one and five poll watchers, are state house candidate John Couriel, the Libertarian Party and People for Stronger Neighborhoods.

Trump claimed that we have "large scale voter fraud" -- a claim that PolitiFact ruled Pants on Fire. Incidents of voter fraud are rare and often not large enough to influence a national election. Voter fraud of a much more localized scale -- such as in Miami-Dade -- does occasionally happen.

On Friday, two women were arrested in Miami-Dade for voter fraud. Law enforcement officials said that one woman marked ballots for mayoral candidate Raquel Regalado while another woman unlawfully filled out voter registration forms for United for Care, a political committee backing the medical marijuana amendment.

(This post has been updated to reflect that the numbers are for early voting sites.)