DSCC scraps another week of TV advertising for Patrick Murphy 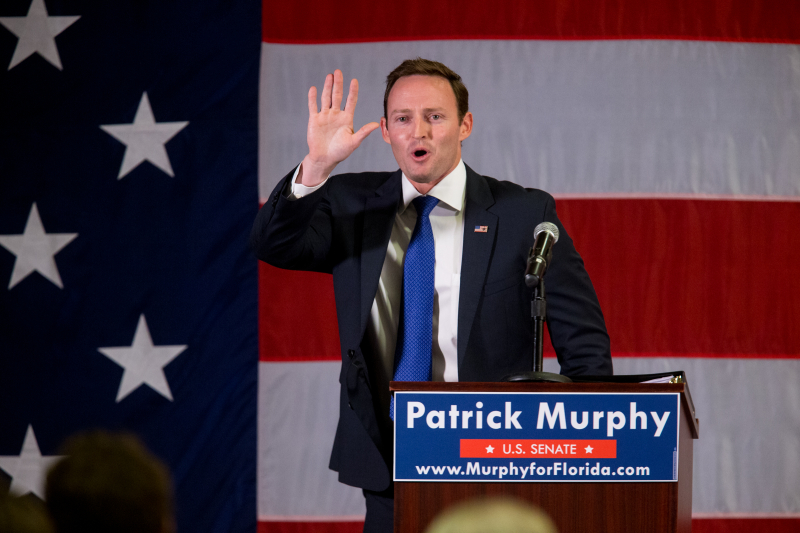 Following a pattern that began a month ago, the Democratic Senatorial Campaign Committee's outside support for Democrat Patrick Murphy continues to dwindle.

The committee has now cancelled about $1.9 million in planned TV ad spending in Florida for the week of Oct. 18-24, according to Politico. DSCC spokeswoman Sadie Weiner independently confirmed the cuts to the Herald/Times by directing a reporter to the Politico story.

An unnamed DSCC official told the website that "we will continue to make targeted investments in Florida, which remains good ground for Democrats."

But Republicans view the repeated cuts as a sign of Democrats' weakened confidence in Murphy -- who has trailed Republican U.S. Sen. Marco Rubio by various margins in every poll for months.

Last spring -- when Murphy was leading in the polls against a clustered field of Republicans before Rubio declared he would seek re-election -- the DSCC had reserved enough ad time to spend $10 million backing Murphy's bid in Florida. But this fall, the committee has slowly chipped away at that support, leaving it to the Senate Majority super PAC to back up Murphy's campaign while the DSCC redirects dollars to more winnable races.

Initially, the DSCC delayed its September ad buys until October, claiming it would shift the money to use closer to the election but there's been no evidence of that. And then the DSCC, cut half of its October spending, too.

The DSCC should have about $2 million left in TV ad reservations in Florida for the final two weeks of the campaign, based on the cuts so far.

The latest reductions were done in conjunction with DSCC "investments in new battlegrounds like North Carolina and Missouri" and about $1 million worth of cuts in Wisconsin and Illinois, "where Democrats are confident in victory," Politico reported.