Entering October, Rubio had 2x as much campaign cash as Murphy 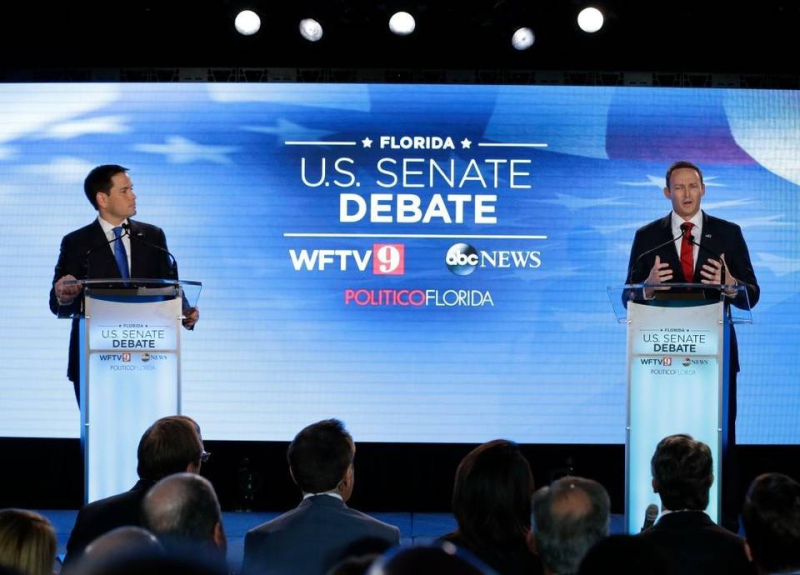 After a lackluster fundraising quarter and an expensive primary, Democrat Patrick Murphy's U.S. Senate campaign entered October with about $2.8 million in the bank -- less than half of the $5.7 million in campaign cash Republican incumbent Marco Rubio had.

That new detail and others regarding Murphy's and Rubio's campaign finances were revealed in their third-quarter disclosure reports, which were filed with the Federal Election Commission late last week. Because Senate candidates first file paper copies with the Secretary of the Senate's office, there is a lag of several days before the reports become publicly available through the FEC.

Both campaigns had declined repeated requests for their cash-on-hand figures, opting to let their quarterly reports speak for themselves. That was the first time they'd done that all cycle; previously, they revealed their cash on hand simultaneously with how much they'd raised during the filing period.

Also revealed in the newly filed disclosures: Murphy spent more than twice as much as he brought in between July and September -- the bulk of it ($4.2 million) going out in the first part of the quarter during his contentious Aug. 30 primary race against fellow Democratic U.S. Rep. Alan Grayson.

Murphy, a two-term congressman from Jupiter, reported spending $7.8 million across the entire three-month period, of which $3.6 million was spent after the pre-primary period between Aug. 11 and Sept. 30, the newly filed report shows.

By comparison, Rubio spent considerably more than Murphy after Aug. 11, focusing his expenses on the general election after a non-competitive primary against Republican Carlos Beruff.

Rubio's campaign spent $5.4 million in the third quarter -- almost 90 percent of that (or $4.9 million) coming in the second part of the filing period. His Victory Committee -- a separate joint fundraising committee Rubio operates -- spent another $627,000 on Rubio's behalf.

Rubio's total cash-on-hand at the end of the quarter includes $5.5 million from his campaign committee and $181,000 from his PAC.

In announcements made earlier this month, Rubio said he raised almost three times as much as Murphy in the third quarter: $9.6 million (including $600,000 from his Victory Committee) compared to Murphy's $3.3 million.

Rubio's Victory Committee appears to have raised another $200,000 in the latter part of the quarter, meaning the senator actually raised upward of $9.7 million between his two committees during the three-month period. Murphy's quarterly haul also was actually closer to $3.4 million, his report shows.

Financials for the first part of the quarter -- from July 1 to Aug. 10 -- were already disclosed in "pre-primary reports" ahead of the Aug. 30 election.