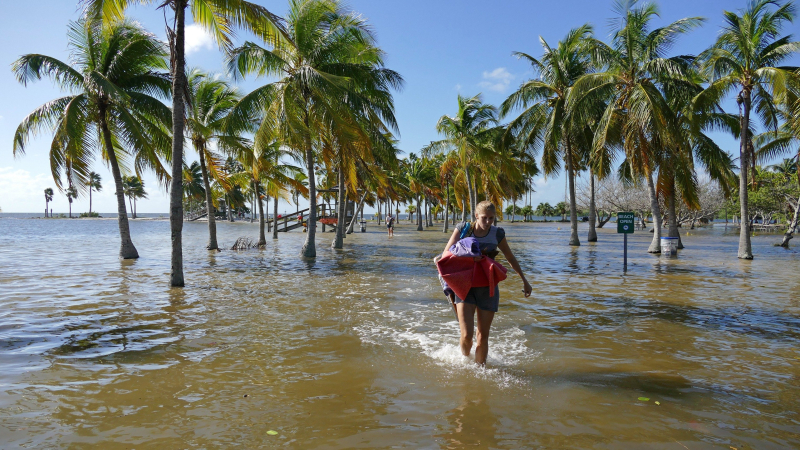 Florida scientists who two years ago called out Rick Scott for failing to acknowledge the dire impacts from climate change have turned their attention to Donald Trump.

On Wednesday, a letter signed by 26 scientists from the state's largest universities, including the University of Florida, University of Miami, Florida A&M, Florida State and a half dozen other schools asked to meet with the Republican presidential candidate to present the latest findings on climate science. FSU oceanographer Jeff Chanton said the letter was delivered to Republican headquarters in Tallahassee Wednesday morning.

"On the heels of Hurricane Matthew, we are reminded how fragile our infrastructure is. One bad storm has the potential to ruin thousands of lives, and devastate local economies," the scientists wrote.

Trump has repeatedly called climate change a hoax. While he backed off a 2012 tweet blaming the Chinese for coming up with the concept to smother U.S. manufacturing competition, as the campaign heated up he repeatedly referred to the weather phenomenon driving up sea level in South Florida as a hoax, according to PolitiFact. In a speech in May on energy policy, Trump also said he would opt out of the landmark Paris Climate Agreement if elected. The 2015 accord signed by 195 countries for the first time spells out a plan to limit global warming. In response, 375 scientists, including 30 Nobel laureates, warned that such a move would lead to "severe and long-lasting" consequences.

"This notion of climate change as a hoax, from a scientific perspective, that's sheer nonsense," David Hastings, a climate scientist at Eckerd College, said in a press call Wednesday. "It’s not a scientific perspective and what we want to bring to the table is science. All credible climate scientists share the opinion that climate change is real. We are causing it. It's bad."

In 2014, some of the scientists who signed the letter made a similar pitch to Gov. Rick Scott. When he ran for office, Scott said he remained unconvinced that global warming was man-made. Once in office, he demurred when asked again, saying "I'm not a scientist." A later report cited a number of state employees or people who worked with the state saying they were banned from using the term.

Scientists said they wrote the letter in part to bring attention to the issue of climate change, which has not been addressed in televised debates.

"Not one moderator has asked about it," Chanton said. "Yet it’s probably one of the more important issues of our time. It's at least as important as ISIS in my mind."

When asked if he realistically thought the letter would cause the candidate to change his opinion, Chanton joked he was hopeful.

"He needs a Hail Mary," he said, "and this just might be the thing for him."