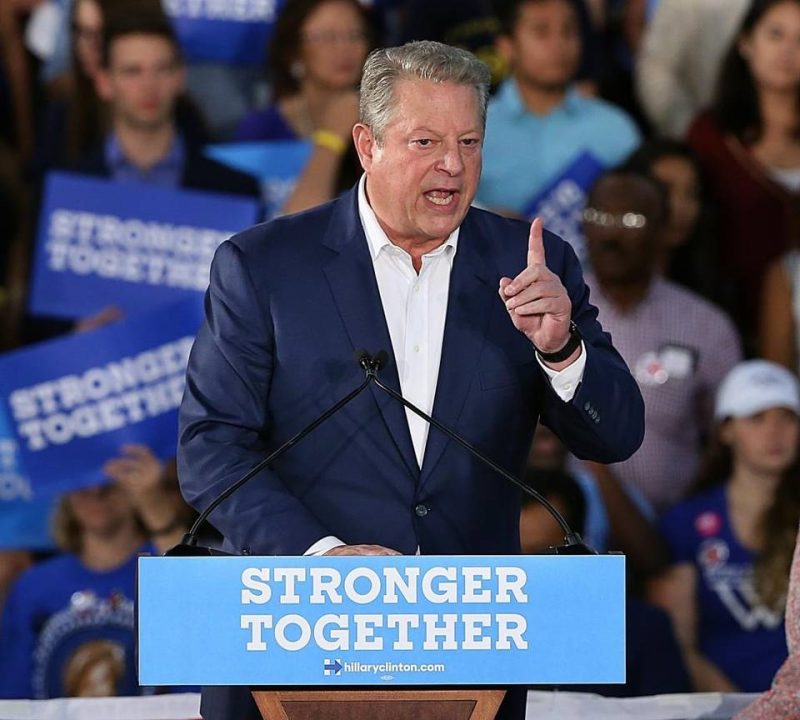 Calling it a "phony-baloney" ballot initiative, former Vice President Al Gore asked Floridians to vote "No" on Amendment 1 when they fill out their Nov. 8 ballots.

"They are trying to cloud the truth by putting forward a phony-baloney initiative that sounds like it protects solar," Gore said. "It doesn't protect solar."

Fuel-burning utility companies are trying to "fool" voters, he added, and "just kill the solar infrastructure" in the state.

"No!" yelled the crowd at Miami Dade College's Kendall Campus.

Gore was campaigning with Hillary Clinton on behalf of her presidential campaign. But he devoted several minutes to the down-ballot amendment and laid bare his frustration with the power companies.

"Our democracy has been hacked," he said, accusing the utilities of having spent "more than $20 million to pull the wool over your eyes -- and $20 million may buy a lot of wool."