« Trump's coming to downtown Miami | Main | Down in the polls, utilities pump another $3.5 million into Amendment 1 campaign » 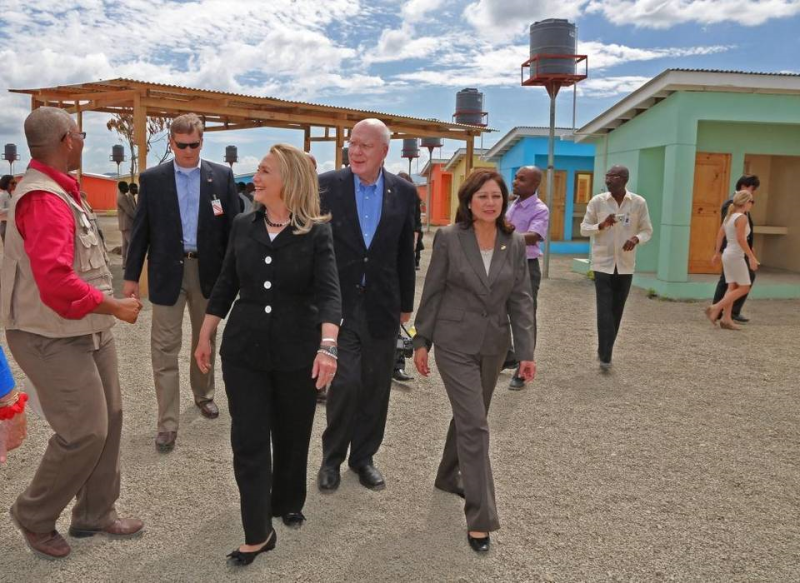 The Clintons have loomed large in Haiti for decades.

As Bill and Hillary Clinton ascended in the political world, their interest in Haiti — sparked by their 1975 honeymoon there — kept pace. They played key behind-the-scenes roles in Haiti presidential elections and publicly championed the Caribbean nation after the 2010 earthquake.

But that deep involvement in the politics of a foreign country wasn’t always welcomed by Haitians or the diaspora. And now some Haitian-American voters are threatening to turn their backs on Hillary Clinton’s Democratic presidential bid because they say the Clintons — and the Clinton Foundation — have not always done what’s best for Haiti.

In sought-after Florida, where the race between Clinton and Republican nominee Donald Trump has remained tight, Clinton is finding that the Haitian-American vote is far from locked up.

“They know that the Haitian community has a beef with them,” said Dr. Laurinus “Larry” Pierre, head of the Democratic Haitian American Caucus of Florida and a prominent Democratic party fundraiser. “Mistakes were clearly made in Haiti. But at least with Hillary, we have some access.”

Haitian voters point out that Clinton hasn’t visited Little Haiti, while Trump has. And though Clinton did meet with a handful of Haitian Americans before a Coral Springs rally Sept. 30 — five days before Hurricane Matthew hammered Haiti’s southwestern peninsula — Pierre, who attended the meeting, said that wasn’t enough: “I still asked Hillary if she could make a stop in the Haitian community.”