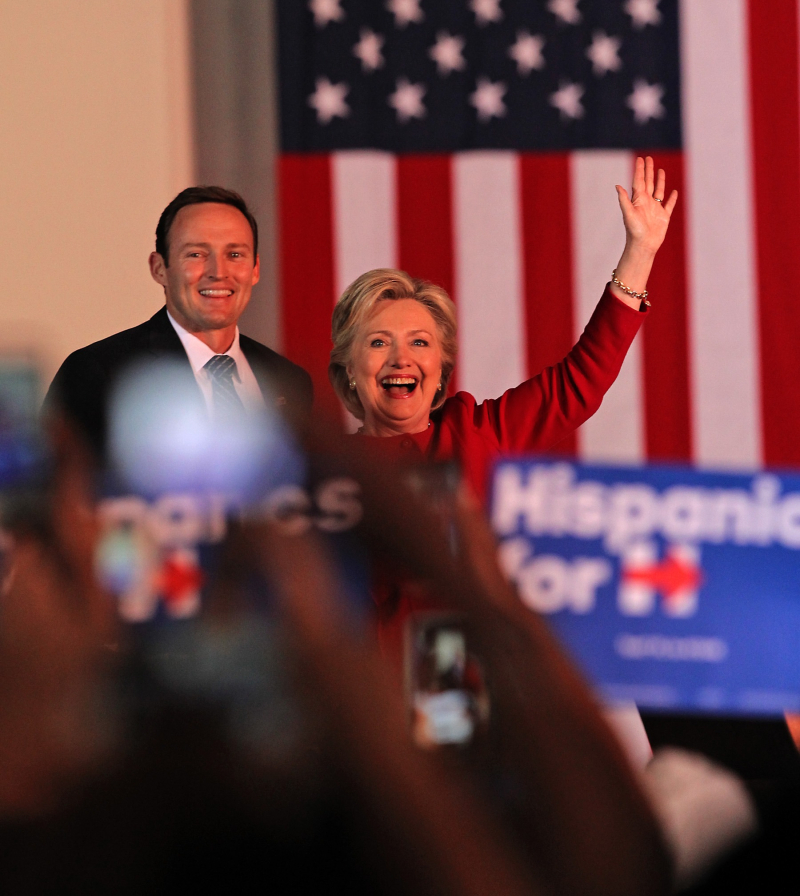 Democratic U.S. Senate candidate Patrick Murphy has been all-in on Hillary Clinton since she first launched her presidential campaign, and he has loyally stuck by her during congressional and federal investigations over the private email server she kept as Secretary of State.

With news Friday afternoon that the FBI was potentially re-opening its probe into Clinton after finding new emails "pertinent to the investigation," Murphy's campaign re-affirmed the Jupiter congressman's trust in Clinton -- but wouldn't initially address the fresh controversy facing her 11 days before Election Day.

Murphy's campaign spokeswoman Galia Slayen did not directly answer questions from the Herald/Times on Friday afternoon as to whether Murphy had a response to the FBI's new review of Clinton's emails, whether he found the matter at all concerning and whether it, in any way, changed his level of support for Clinton.

Slayen said only: "Patrick trusts Hillary Clinton with the nuclear codes, which is more than Marco Rubio can say about his preferred candidate for president, Donald Trump."

Pivoting to attack Rubio, Florida's Republican incumbent U.S. senator, about his support for Trump has been a common response from Murphy's campaign this month, including in the two debates Murphy and Rubio have had.

"Secretary Clinton has said her use of personal email was a mistake and has apologized for it. This just became public, and I expect we'll all be learning more soon."

Murphy has spoken at Clinton rallies in Florida four times this month: twice with Clinton herself first in Miami and then Coconut Creek and twice with President Barack Obama first in Miami Gardens and then this evening in Orlando.