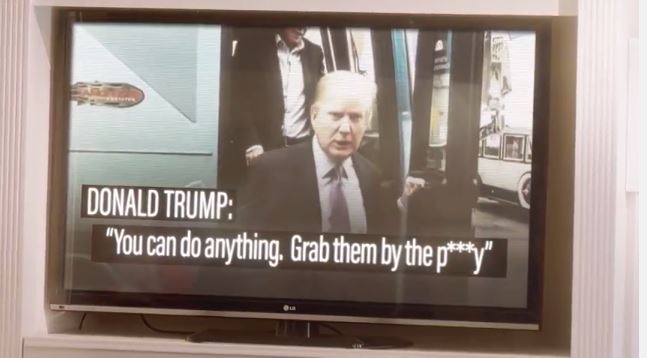 In a new ad Murphy's campaign will release Thursday morning, the Jupiter congressman further publicizes Republican incumbent U.S. Sen. Marco Rubio's continued support for the Republican presidential nominee by juxtaposing a couple of Trump's lewd comments from the 2005 Access Hollywood video with a clip of Rubio this summer saying, "We have to make sure that Donald wins this election."

MORE: Murphy looks to gain edge over Rubio using Trump video, but will it be enough?

Murphy also uses the ad as an opportunity to plug recent endorsements he's gotten from the editorial boards of Florida's largest newspapers, including the Tampa Bay Times and the Miami Herald.

"After months of Trump’s racist bullying and misogynistic attacks, Senator Rubio cowardly says ‘we have to make sure that Donald wins this election.’ No, we don't," Murphy said in a statement about the ad. "Unfortunately, Senator Rubio has chosen to put his political ambition before Floridians and stand with Donald Trump. I stand with Florida families and look forward to showing up and fighting for them in the U.S. Senate."

In response to the ad, Rubio campaign spokeswoman Olivia Perez-Cubas said Murphy has "nothing to show" for his two terms in Congress "so he's attacking Marco."

"Marco is the only candidate who will act as a check and balance on the next president, regardless of who that may be," Perez-Cubas said, repeating a line the senator used when he came under fire in Monday night's first U.S. Senate debate.

Murphy has used the Trump tape as a way to pummel Rubio with criticism ever since the footage first was leaked and reported by The Washington Post two weeks ago.

Rubio admonished Trump's comments in a tweet the day the tape came out, but he then waited four days before elaborating on his thoughts and also re-affirming his endorsement of Trump -- a decision that Rubio was held accountable for during several minutes of Monday's debate.

Rubio delicately maintained his support for Trump while also noticeably not defending anything about him. Rubio called Trump a "horrifying choice" -- among various other critical descriptions he used that night -- but said he believes a Trump presidency would still be better for America than one by Hillary Clinton.

That was the same context in which the Sarasota Herald Tribune recorded Rubio this summer, a clip of which is used in Murphy's new ad. The full context of Rubio's remark was: "We have got to come together as a party; we cannot lose to Hillary Clinton. We cannot lose the White House. We have to make sure that Donald wins this election.”

Murphy has said Rubio has shown "cowardice" for standing by Trump in the wake of the leaked Access Hollywood footage while many other prominent Republicans -- including a dozen sitting senators -- have revoked their support for Trump or called for him to step down as the GOP's standard-bearer in this election.