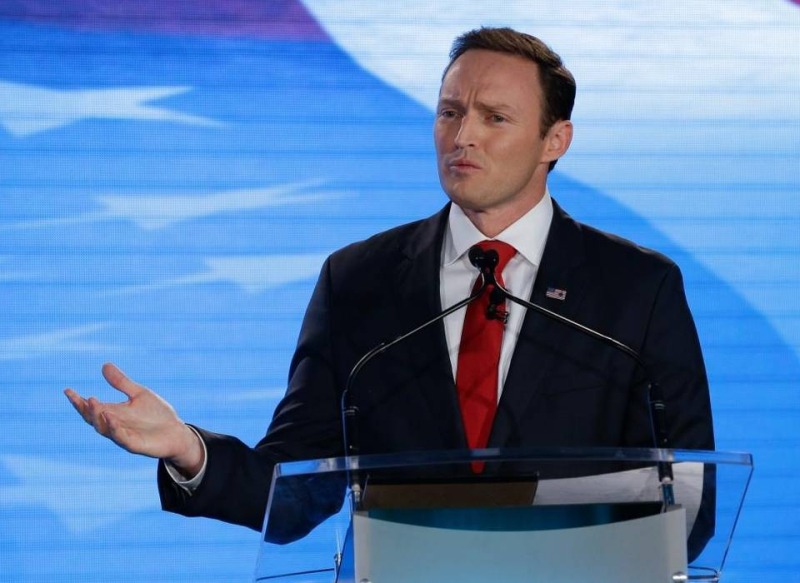 Federal law and House ethics rules prohibit members of Congress from using official congressional resources for campaign or political purposes. Murphy has been in Congress since 2013.

RPOF executive director George Riley signed off on an official complaint, which says it was emailed to the U.S. House Office of Congressional Ethics on Monday. The National Republican Senatorial Committee -- the political committee that seeks to elect Senate Republicans, like incumbent Marco Rubio -- distributed Riley's letter Wednesday morning.

Last week, Buzzfeed reported on the contents of the opposition research report, which it obtained from a Republican source. Murphy's U.S. Senate campaign did not dispute the validity of the 400-page document. Such reports are commonplace for campaigns, offering insight about vulnerabilities (and strengths) into a candidate's personal and professional record so that the campaign can prepare ways to defend (or highlight) that history.

"This admitted 'collaboration with the staff of Rep. Murphy's office' provides clear evidence that Murphy's office 'collaborated' with the campaign in preparing this document," Riley wrote in his complaint. "At a minimum, it provides both a 'reasonable basis' and 'probable cause' to believe that Murphy improperly used official resources for campaign purposes, justifying further investigation by OCE."

Aside from requesting that OCE "fully investigate Representative Murphy's use of official resources" for the vulnerability study "and for any other campaign purpose," Riley also asked that OCE "refer the matter to the House Ethics Committee and the U.S. Department of Justice for further review, as appropriate."

Murphy's U.S. Senate campaign spokeswoman Galia Slayen said in a statement in response to the complaint: "Marco Rubio's special interest allies seem to file false attacks like this every week. This is nothing more than a frivolous waste of taxpayer resources in an attempt to benefit Marco Rubio and his endless political ambition."

The leak of the 2014 opposition research, and subsequent filing of an ethics complaint, indicates national and state Republicans remain worried about Murphy's chances of unseating Rubio in November. (Although national Democrats seem to feel differently since, as recently as this week, they've withdrawn millions of dollars in ad support intended for Murphy.)

Despite Murphy struggling in September against Rubio, he's had a somewhat stronger October -- thanks, in large part, to the release of the 2005 Access Hollywood footage of Donald Trump and Rubio's decision to still stand by the Republican presidential nominee.

This is at least the second ethics complaint filed against Murphy this cycle. This summer, a Democratic progressive blogger who supported Murphy's primary opponent, U.S. Rep. Alan Grayson, filed an ethics complaint over Murphy's ties to political donors who benefit from a immigration visa program Murphy has supported. No public decisions have been announced as to the state of that complaint.