« In Miami, elected officials really want you to know they're ready for Hurricane Matthew | Main | Unable to travel to Miami, Obama calls into hip-hop station instead »

Rubio, Murphy won't reveal how much campaign cash they have 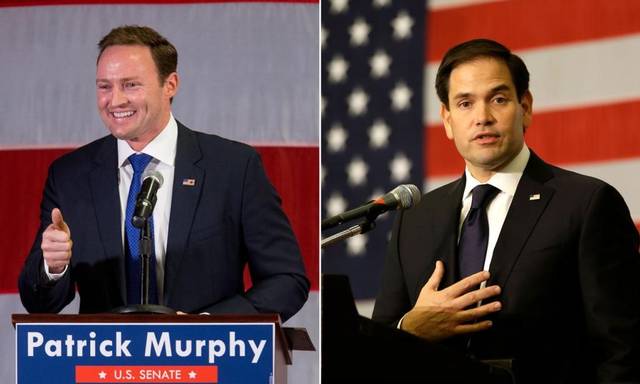 How much of a campaign warchest either Republican Marco Rubio or Democrat Patrick Murphy might have in the home-stretch of their U.S. Senate contest remains a mystery.

While Florida's top two U.S. Senate candidates were happy to announce their multi-million-dollar quarterly fundraising hauls this week, both campaigns omitted one key detail: how much cash they actually had in the bank to end the third quarter -- the final reporting period before Nov. 8.

And neither campaign seems willing to share that number, in contrast to previous reporting periods when they typically announced it alongside their fundraising total.

If the campaigns continue their silence, Floridians will have to wait to find out the candidates' cash on hand until after Rubio's and Murphy's quarterly reports are filed with the Federal Election Commission on Oct. 15, about three weeks before Election Day. (While the quarter ended Sept. 30, campaigns get two weeks to tally up their reports before submitting them.)

But that's only half the story. The candidates could have spent very little -- leaving them with vast resources in the final weeks -- or they could have gone on a spending-spree and are strapped for cash while trying to pull out a victory in a highly competitive race that could have national implications as to which party controls the U.S. Senate in 2017.

Time will tell which scenario it is for both contenders.