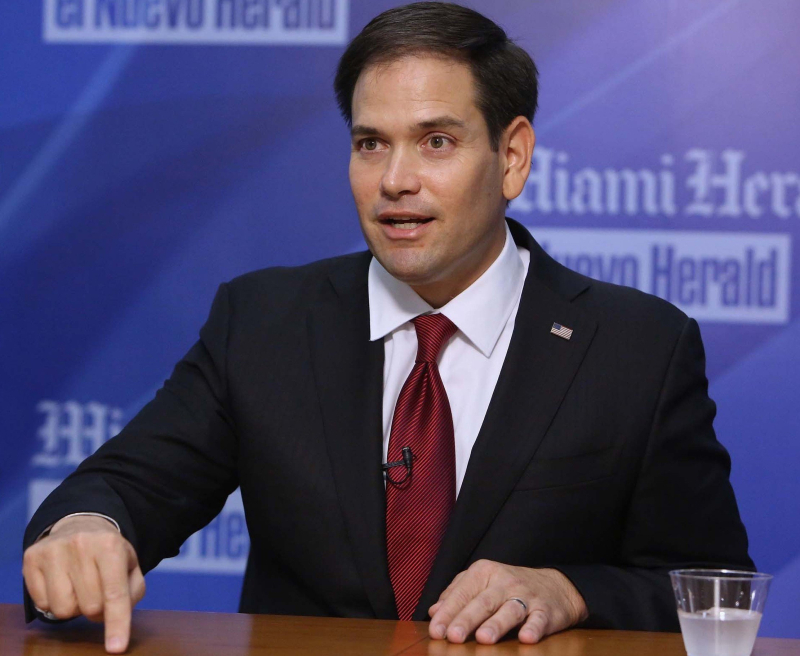 "I want to thank voters throughout Florida for their overwhelming support," Rubio said in a statement Tuesday. "I'm extremely encouraged to see an outpouring of donations from all over the state and I look forward to continuing to work hard to earn votes across Florida as we approach the election."

About $9 million for Rubio went to his reelection account, and another $600,000 to his Rubio Victory Committee. Murphy's total included about $1 million he brought in ahead of the Aug. 30 primary. Neither candidate has said how much cash he still has in the bank, a number that will be reported to the Federal Election Commission.

A Mason-Dixon Polling & Research poll released Monday showed Rubio leading Murphy by 47-40 percent. Rubio's advantage more than doubled from late August, when a survey by the same pollster showed Rubio ahead by 46-43 percent.

The Democratic Senatorial Campaign Committee on Monday also called off about $1.9 million in planned political TV ad spending, its second cancellation for October in a sign the national party sees defeating Rubio as increasingly difficult.