The debate that shattered political paradigms 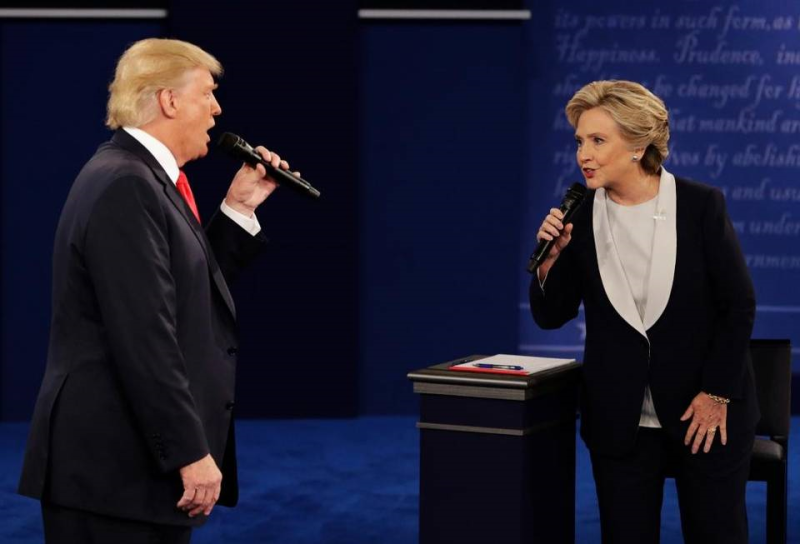 Suffice it to say, the American public had never seen the sort of debate Donald Trump and Hillary Clinton engaged in Sunday: a disdainful, tense — and at times cringeworthy — exchange that more than once shattered what used to be political paradigms of the race for the White House.

For starters, Trump said if he were in charge of federal law, Clinton would be “in jail.”

“If I win, I’m going to instruct the attorney general to get a special prosecutor to look into your situation because there’s never been so many lies, so much deception,” he said, after railing against Clinton for 33,000 emails deleted from the private email server she used as U.S. secretary of state.

Trump also casually referred to Clinton as “the devil.”

“I was so surprised to see him sign on with the devil,” he said of Vermont Sen. Bernie Sanders, Clinton’s chief primary opponent.

But in a jaw-dropping night, neither of those comments qualified as perhaps the most stunning moment. That came 17 minutes in, when Trump brought up former President Bill Clinton’s sexual history.

Trump was wrestling for his political survival some 48 hours after elected Republicans started abandoning their support for him, following the release of a 2005 recording revealing Trump’s vulgar and predatory remarks about women. Republican leaders hoped that a remorseful Trump would show sincere contrition, in an effort to stop losing women voters’ support and protect down-ballot candidates who suddenly feared being tarred by the actions of the party’s unpredictable nominee.

But Trump continued to excuse his comments on the recording, which cavalierly described sexual assault, as private banter.