Who are the Republicans who support an increase in Florida's minimum wage? 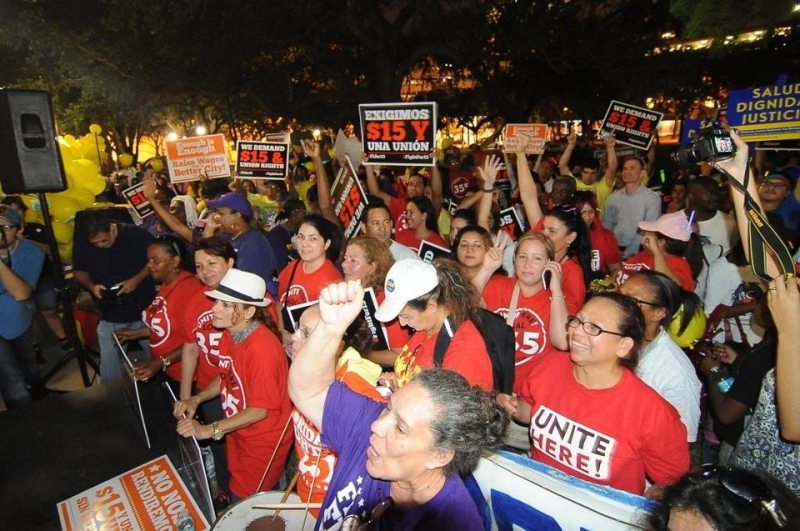 Conservative Republican Congresswoman Ileana Ros-Lehtinen and state Sen. Anitere Flores joined Democrats in Miami and across the state Monday to do what would have been unthinkable four years ago — endorse a $15 minimum wage in Florida.

The GOP leaders are running in newly-drawn districts with more Democrats and no-party-affiliated voters than they’ve ever faced before and, by endorsing the minimum wage, they get behind something that scores high on public opinion polls this year. A Sunshine State Survey found that 51 percent of Floridians surveyed support a $15 minimum wage.

“Increasing the minimum wage is good not only for the worker, it is good for those companies that employ them,” said Ros-Lehtinen, R-Miami, at a news conference flanked by healthcare workers and janitors from the Service Employees International Union in Miami. “We’ve got to focus on all levels of government so we can restore the American Dream, so that everyone can have a shot at it and that’s why Florida needs $15.”

Flores, a Republican from Kendall, criticized the announcement by Florida’s Department of Economic Opportunity last week which said it will raise the Florida minimum wage from $8.05 per hour to $8.10 per hour to comply with a 2004 Constitutional amendment that requires the state to adjust the wage based on a cost-of-living index.

“A whooping 5 cents an hour!” Flores said. “It makes economic sense for the minimum wage to be increased. The state of Florida has prided itself on increasing jobs for the last several years. However, we have to ensure that these are high paying jobs” in which people can earn a living wage, she said. “That is not the case that we have right now and I find that to be unacceptable.” Story here.