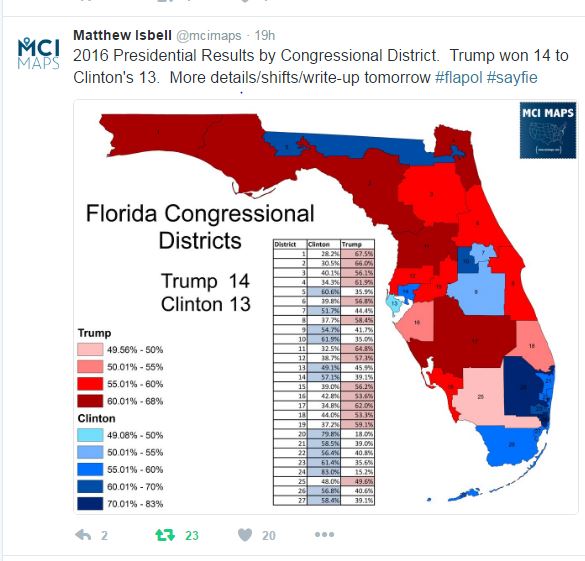 Isbell's data shows that if voters who supported Clinton had stuck with Democrats in the congressional vote, there would be 14 Repubicans in Florida's congressional delegation and 13 Democrats, instead of 16-11 split that was elected.

Here's the breakdown via Matt Isbell of @mcimaps: