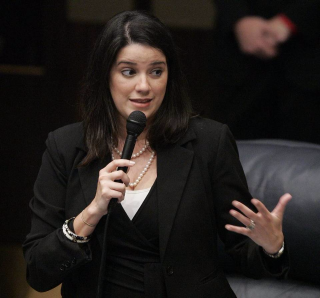 "The role of Senate President Pro Tempore is a significant position of trust and authority," Negron said in a statement, adding that Flores has "longstanding relationships with many new and returning senators. She has a proven ability to work in a bipartisan manner without compromising her own unwavering principles. I have complete confidence in her ability to represent the Senate in this important leadership position."

Flores was re-elected to the Senate on Tuesday with 54 percent of the vote after a competitive battle with Democrat Debbie Mucarsel-Powell for the newly redrawn District 39. The district includes portions of Miami-Dade County and all of Monroe County. Flores has been in the Florida Senate since 2010.

Flores joins a growing list of Miami lawmakers who will hold influential positions in Tallahassee next session. On Wednesday, several Miami-Dade County representatives were also named to the leadership team in the Florida House under incoming Speaker Richard Corcoran, R-Land O'Lakes.