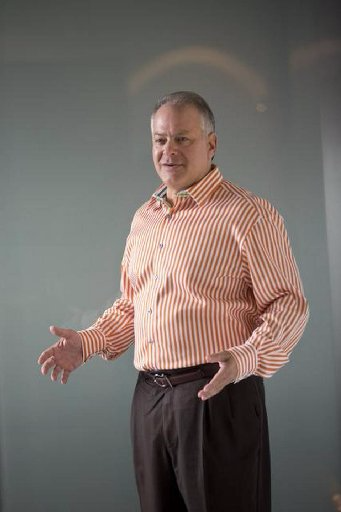 Throw a big-name donor into the growing list of potential new chairs of the Florida Democratic Party: Stephen Bittel.

The Coconut Grove businessman, who heads Terranova Corp., picked up the phone Monday night when a Miami Herald reporter called to ask if he's thinking of seeking the position. A couple of local Democrats had floated his name.

"I might be," Bittel said. "I care very deeply about our community, state and country, and if enough of our party leadership and grassroots think that I'm the one that can do the best job, I think service to my country is really important."

Bittel faces the same challenge as several other possible contenders whose names have surfaced in recent days: He's not a Miami-Dade County precinct committeeman for the party -- a requisite post to run for county chairman or committeeman and, later, state chairman. Allison Tant, who currently occupies the Florida job, said Friday she won't try for another term following last week's disappointing election results for Democrats.

"We have some special rules in our state party," Bittel acknowledged, "but we have in the past elected people to leadership positions who didn't naturally fill all the roles, and we figured out a way to get it done. If we get to the place that enough people coalesce in support of me, we'll figure it out."

Bittel, who raised serious dollars for Hillary Clinton and Patrick Murphy, noted he's served as the Democratic National Committee's national finance co-chairman and has been involved with the national and state parties for a long time.

"I'm the story that requires me to pinch myself all the time: I was born at Jackson Memorial Hospital, I went to public schools, and I've been very fortunate," he said. "This is giving back.... We have, in two years, some really important elections."