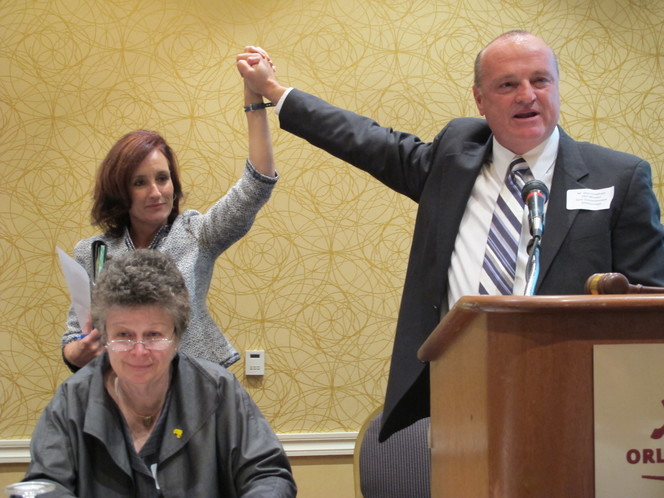 The last time Florida Democrats elected their own chair, it was a drawn out battle with pressure from on high: U.S. Rep. Debbie Wasserman Schultz, the national party chair, and Sen. Bill Nelson pushed for lobbyist Allison Tant who beat Tampa activist Alan Clendenin in January 2013.

This time, one of the key power brokers in the decision to elect Tant’s replacement -- Broward state committeeman Ken Evans -- says that Democrats should start the process by listening to fellow activists first.

While some of the candidates vying for the chair position have contacted Evans seeking his support, he says he isn’t ready to commit to any candidate yet.

Evans will host a listening session on Thursday evening to begin the process of brainstorming the type of qualities that activists want in their next chair.

“It's for me to take notes, see what they want,” he said. “Do they want a party in Tallahassee that is going to be money people like it was? Do they want to work on grassroots? How do we bring that to work together. I think people need be heard right now -- they are upset and hurt.”

Evans said he invited a few dozen active Democrats in Broward including activists who supported Hillary Clinton and Bernie Sanders, club presidents and members of the Democratic Executive Committee to meet at Duffy’s restaurant in Plantation.

Evans said he doesn’t want Democrats forced into making an early decision. The election for the four-year position will be held in January.

“Let’s just wait, not rush into things,” said Evans, who was a leader for Clinton on LGBT outreach. “We saw what happened with the DNC and that. Let’s just be fair and let people run, let’s do the right thing. That’s why I want to have communication with the local people, I want to get some guidance from people who are going to elect me."

(For the record, Evans has no interest in seeking the state party chair position although he will seek re-election from Broward Democrats in December as state committeeman.)

State committeemen and committee women elect the chair based on a formula that gives weight to the number of registered Democrats in their county which means that Broward, Miami-Dade and Palm Beach hold the bulk of the power. We don't yet know for certain who those people will be since county party groups will hold their elections before the state party election in January.

Tant announced last week that she would not seek re-election, setting off a long list of potential candidates who are interested in the seat.