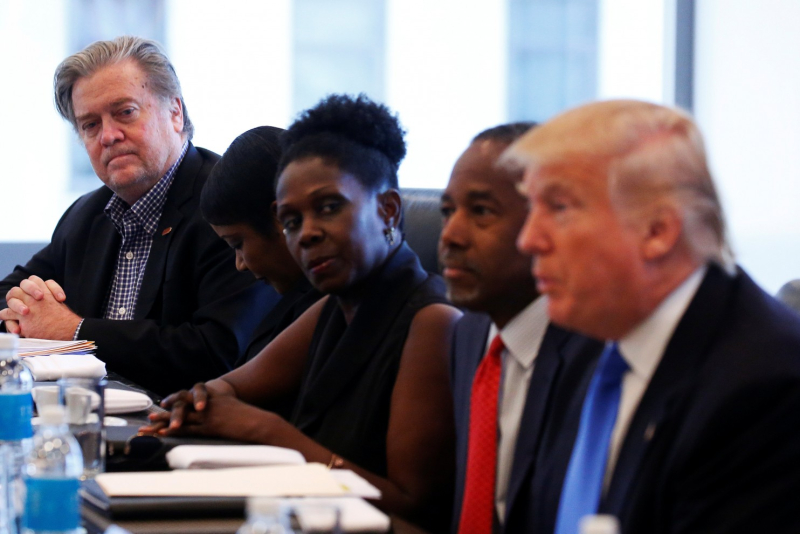 The complaint says Stephen Bannon does not actually live at the Sarasota County address where he registered to vote in August.

“Under Florida law, to qualify as a registered voter, one must be a resident of the state,” states the one-page complaint filed Oct. 19 by Heather Reddick, chief operating officer of Avaaz. “These allegations are a serious matter of public interest given Mr. Bannon's role as the chief executive officer of the Republican candidate's presidential campaign and warrants immediate investigation.”

Avaaz is an international online campaign organization that opposes Trump’s candidacy. The group has launched a campaign urging Americans living overseas, including in Mexico and Canada, to vote in the election.

Trump’s campaign did not respond to questions about Bannon’s voter registration. A spokeswoman for the Florida Division of Elections said that the office is reviewing the complaint.

Keep reading here.
(Brannon is pictured to the left at a roundtable in New York Aug. 25 Carlo Allegri/Reuters)