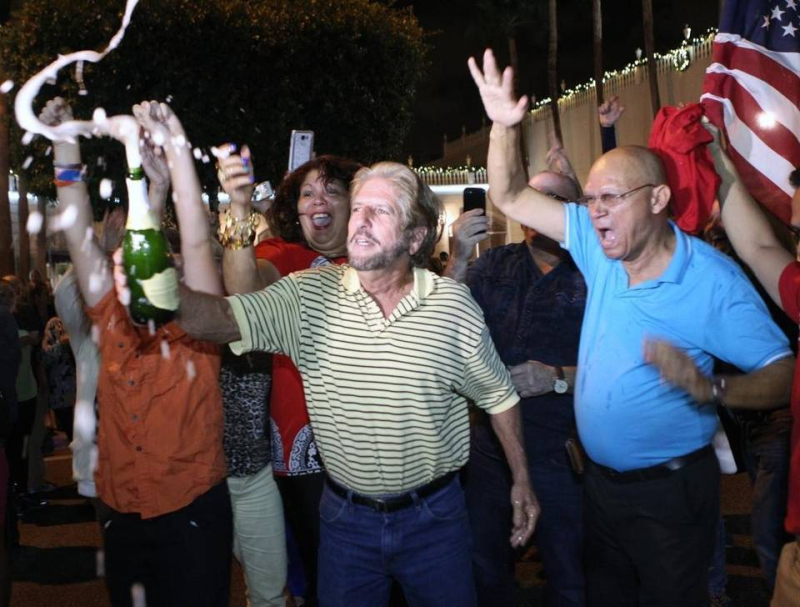 Fidel Castro died, and Cuban Miami did what it does in times of community celebration: It poured onto the streets of Little Havana — and Hialeah, and Kendall — to honk horns, bang pans, and set off more than a few fireworks, saved for exactly the sort of unexpected special occasion that proved worthy of their detonation.

The scene across Miami-Dade County, the cradle of the Cuban exile community, was one of pure, raw emotion. This time, after decades of false alarms, Castro’s death was real.

“I wish my dad was here to see this,” 27-year-old Abraham Quintero cried just before 2 a.m.

Passing cars honked incessantly. People waved huge Cuban flags. Parents carried their children and puppies. A few people appeared clad in pajamas and, in one case, flamingo slippers, jolted out of bed — and out of their homes — by the late-night news.

Shortly after midnight, Cuban leader Raúl Castro announced on state television, his voice trembling, that his older brother had died at 10:29 p.m.

“Toward victory, always!” he said.

The streets in Havana appeared to remain quiet. Not so in Miami, the city across the Florida Straits shaped by exiles who fled Fidel Castro’s 1959 revolution.