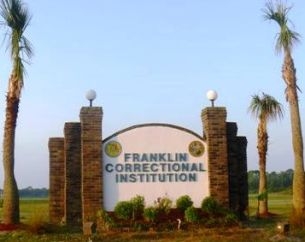 The Florida Department of Corrections was forced to quell yet another disturbance at a North Florida prison early Tuesday, deploying a response team to quiet an inmate unrest for the fourth time this year at Franklin Correctional Institution.

"The situation was quickly and effectively resolved and resulted in no injuries to staff or inmates,'' said Michelle Glady, spokesperson for the agency. "At this time the facility remains on lockdown. The Department is currently assessing the facility for damages and has placed involved inmates in confinement pending disciplinary review."

In June, inmates jumped a corrections officer and took over two dorms for several hours during a late-night riot at the facility in rural Carrabelle.  During that riot, about 300 inmates stormed two housing dorms, using makeshift tools to drill through a concrete and brick wall and smash bathroom fixtures, TVs, ceiling fans, toilets and sprinkler systems, destroying nearly everything in the dorms, officials with the Florida Department of Corrections and sources confirmed at the time.

The incidents are constant reminders that Franklin and other facilities are dangerously understaffed. Yet, the unrest comes on the same day a settlement was announced in a lawsuit in which three prison inspectors accused the agency of covering up an abusive inmate death in 2010 at Franklin Correctional. The officers filed the lawsuit alleging that they had been systematically retaliated against for attempting to bring their claims forward.

Rather than investigating the claims, FDC officials demoted the whistleblowers and filed a series of internal investigations against them. The three inspectors filed a retaliation lawsuit and, a year ago, agreed to drop the charges in exchange for the state finding them different jobs at another state agency and releasing them from the investigations. They only cost to the state would have been the attorneys fees of about $25,000, said Ryan Andrews, their lawyer. FDC refused.

Tuesday, a settlement agreement was filed in Leon County Circuit Court showing the state agreed to pay the whistleblowers $800,000 to end the lawsuit.

Glady said that the portion of the settlement payment not covered by the agency's liability insurance will come from the agency’s administrative trust fund: $320,209.66.