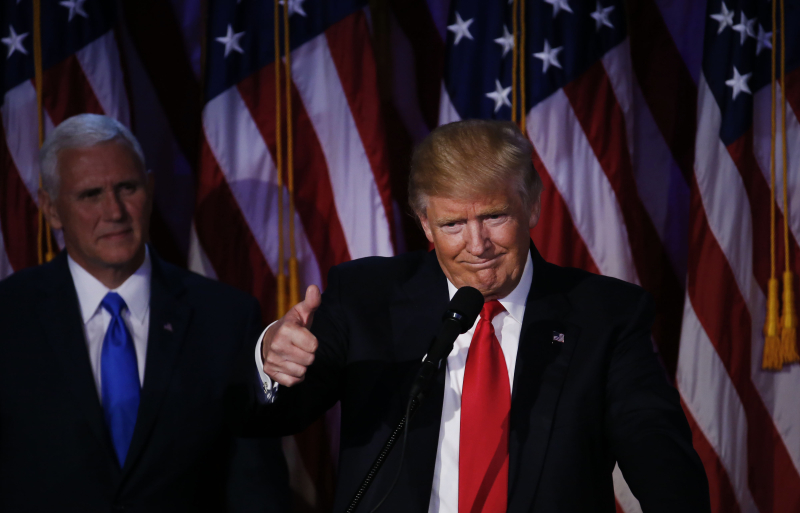 The Republican National Committee acknowledged Monday its own predictive model ahead of last week's election had Donald Trump trailing Hillary Clinton by 2.8 percentage points in Florida.

But the GOP knew the presidential race was volatile. And its model told them which voters to go after as Election Day grew near.

"There was movement in those voters, very much, in the last few days," said Josh Kivett, the party's regional political director for the Southeast

So, relying on 1,773 paid staffers and trained organizers the party had built across the state over three years, Republicans dialed more voters and knocked on more doors, hoping to achieve some last-minute persuasion.

They did. Trump defeated Clinton by 1.2 percentage points and won the White House.

Now Republicans get to do a little gloating over how they did it -- especially given that the party was the one that stepped in given that Trump's campaign got an admittedly late start to the ground operation.

At the heart of the RNC's effort was community organizing -- the very work the GOP criticized President Barack Obama for doing as a young man.

Having been beaten twice by Obama's unprecedented organization, RNC Chairman Reince Priebus (now President-elect Trump's designated chief of staff) bet in 2013 that a long-term political operation in swing states could help the GOP in 2016. Starting ahead of the 2014 midterm election, the party got to hiring, and training, and re-training staff. There were hardly any offices -- people worked from home.

"The vast majority never set foot in an office, because as we told our team, I've never seen a brick-and-mortar structure cast any vote in my life," KIvett said. "We were talking to people. Politics is about relationships."

The team lead by Brian Barrett, the Florida state political director who took the job in March 2015, estimates it held about 20,000 meetings inside voters' houses. Person-to-person contacts were more successful than phone calls, Kivett said, by a factor of three or four.

Organizers split the state into 255 areas -- "turfs" -- and targeted 10,000 voters they identified as persuadable or key to bring into the GOP fold. They registered voters themselves, without hiring outside groups.

"We put together effectively 255 individual campaigns throughout the state," Kivett boasted.

Some of the people working were groomed through a seven-week "Republican Leadership Initiative." The RNC tried to hire mostly Florida staffers who knew local communities and could work closely with down-ballot candidates, such as U.S. Rep. Carlos Curbelo of Miami, a freshman who won reelection to a Democratic-leaning seat.

In blue Miami-Dade County, a three-person team of Lourdes Aguirre, Nilsa Alvarez and Alex Garcia took on tasks like teaching Republicans how to organize in traditionally red areas like Hialeah, where the party would have to turn out its supporters in order to compete. The team went into more than 100 Hispanic churches across the state, Barrett said.

In even bluer Broward County, one organizer, a Marine vet, concentrated on Haitian-American communities, Barrett said. In the I-4 corridor, a lawyer of Puerto Rican descent honed in on potential supporters. Another focused on Hispanic mega-churches.

"You take the incremental progress in parts of Miami-Dade, parts of Broward, parts of Pam Beach, and you get us inching up our numbers there," Kivett said, referring to Democratic-rich Southeast Florida. "It benefits not only the top of the ticket, but it benefits local races."

And then, of course, Republicans were "running up the score in areas where I don't believe the Democrats thought they could get additional votes," he added, such as the Panhandle and the Tampa exurbs.

"No one gave us any credit," he said proudly. "We were underestimated."

Will the GOP keep the operation in place -- something the Obama team struggled to do after his presidential elections?

"We want these programs to continue. You want these relationships to continue," Kivett said. But, he admitted, it's "a little different when you control the White House."