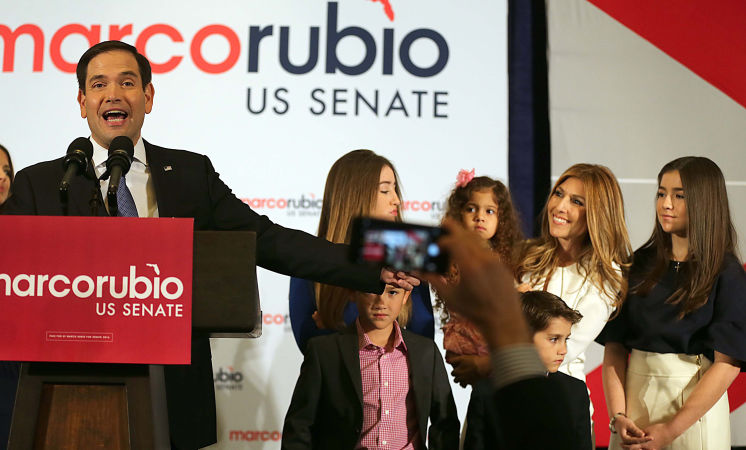 During the campaign, Democrats tried every chance they got to align Rubio with Trump on key issues hoping it would damage him, particularly with women and minority groups.

Rubio lost seven of the eight largest counties in Florida, but in all of those he performed vastly better than Trump. The only big county Rubio did worse than Trump was Pinellas County. Overall Rubio had higher percentage of the vote in 23 counties.

“What Marco Rubio did was build a coalition of Trump supporters and young and Hispanic voters,” said Alex Conant, an advisor to Rubio’s campaign.

Rubio famously battled Trump bitterly in the Republican Presidential Primary. Trump won the primary in Florida, carrying all but one of Florida’s 67 counties.

But after Trump won the nomination, Rubio said he would vote for Trump and Trump in turn told his supporters he backed Rubio’s re-election..

"By the way, I endorsed Marco Rubio, he endorsed me. He's doing well. Vote for Marco," Trump told 8,000 people at a rally in Daytona Beach in early August.

While Rubio was able to pull in Trump supporters to his campaign, it didn’t hurt him with woman and Latino voters despite what Democrat Patrick Murphy and Democrats tried to do on the campaign trail, exit polling shows. While just 46 percent of women backed Trump, 50 percent supported Rubio. And while Trump won just 35 percent of Latino voters, 48 percent backed Rubio.

Conant said for a Democrat to win Florida statewide, they have to drive up big margins of victory in Miami-Dade and with Hispanic voters in general. Exit polling and the results show Murphy failed on both counts.

During the campaign Murphy aggressively tried to make a vote for Rubio sound the same as voting for Trump. Over two debates, Murphy brought up Trump’s name dozens of times prompting Rubio to snap back.

“A noun a verb and Donald Trump, that is his answer to everything,” Rubio said during one exchange with Murphy.