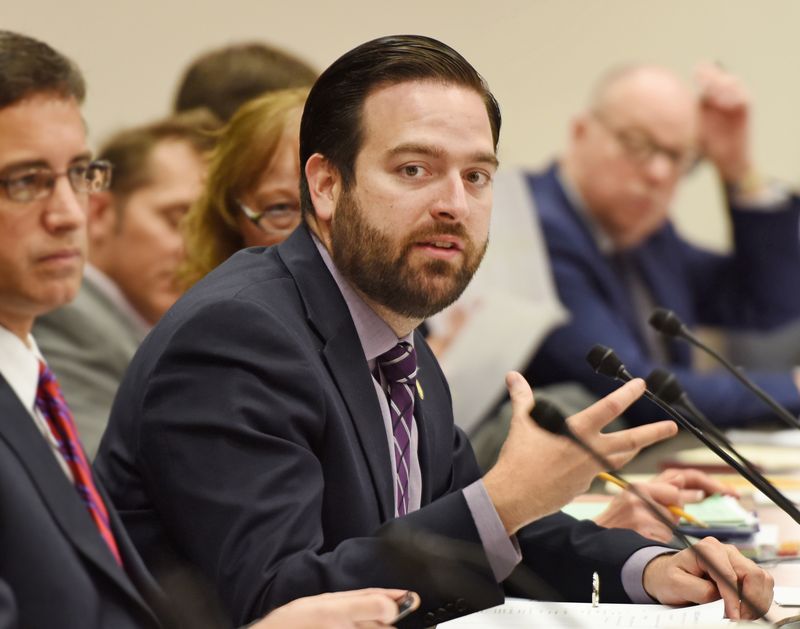 Democrats played their rules cards aggressively Tuesday in the quest to name the chairman of the powerful Miami-Dade delegation that includes 13 Democrats and 11 Republicans.

Despite their attempt to flex their muscles, four Democrats crossed over and the group re-elected Rep. Jose Felix Diaz, R-Miami, to the one-year post that has the power to make appointments to several local boards of directors.

Democrats who voted for Diaz over their party's candidate were Rep. Joe Geller of Aventura, Rep. Roy Hardemon of Miami, Rep. Nick Duran of Miami Beach and Sen. Daphne Campbell of Miami.

"I think it's still a united delegation,'' Diaz said after the vote. "Every election gets like this. The best part about our delegation is that no matter what happens today at the election, we always work together throughout, so it's going to be a good couple years. I'm excited. I felt confident I had the votes, but we still need to come here and that we follow through with the right protocol."

The meeting began when Rep. David Richardson, D-Miami Beach, called a point of order suggesting the need a for a quorum after only 10 members of the 24-member delegation were in attendance, including eight Democrats and two Republicans.

Diaz then started recruiting members by text and phone and several more showed up until they had a quorum.

"I'm disappointed,'' said Sen. Oscar Braynon, D-Miami Lakes, who voted for Rodriguez by proxy. "I think Pepe [Diaz] will be a good delegation chair but that's not the point. The eternal question is, what do Democrats really want? We had a chance to have a position of power and elect a Democrat for the first time and we didn't do it."

The partisan fight was the first rift in what was promised to be a unified delegation. Traditionally, the delegation has been split less by partisan bickering than by the personality and political infighting among Republicans within the delegation. This time, Democrats said the election gave them a majority in the delegation for the first time in years and therefore should rightfully take the leadership.Republicans, led by Diaz, argued that the position of chair is traditionally held for the same person for two years and he was entitled to another year.

The delegation also elected Rep. Kionne McGhee, D-Cutler Bay, to be vice chair. He edged out Campbell, who refused to vote for Rodriguez saying she resented the lack of support from the Democratic Party in her tough re-election effort.

Campbell was courted by Republicans to vote for Diaz and the written tally sheets showed that five Republicans voted for her to be vice chair as well as three of the Democrats who supported Diaz but a total of 11 voted for McGhee while three abstained.