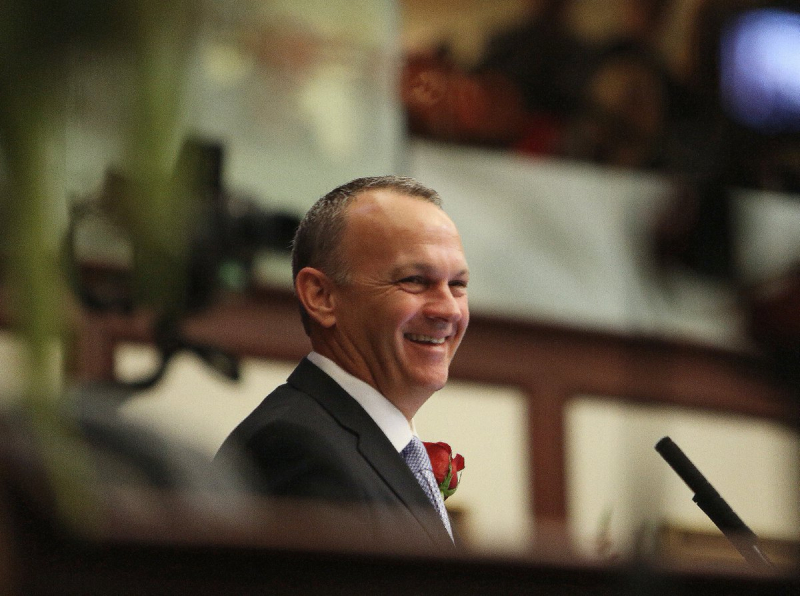 Under new leadership, the Florida Legislature entered a strange new world Tuesday as the House speaker condemned the entrenched power of lobbyists and called for major changes in spending sure to be opposed by the Senate and Gov. Rick Scott.

House Speaker Richard Corcoran, R-Land O’Lakes, described a Capitol controlled by lobbyists and politically-wired vendors, with lawmakers doing their bidding at the expense of taxpayers.

“Too many bills filed in session are given to members by lobbyists and special interests,” Corcoran said. “Too many lobbyists see themselves as the true power brokers of this process. Too many appropriations projects are giveaways to vendors and the decision of whether they get in the budget has more to do with their choice of lobbyist than the merits of the project … It all ends, and it all ends today.”

But it won’t all end as easily as it sounds.

Despite Corcoran’s zeal for reforming the process of lawmaking, he controls only one side of the Capitol. The Senate, led by Republican Joe Negron of Stuart, has very different ideas.