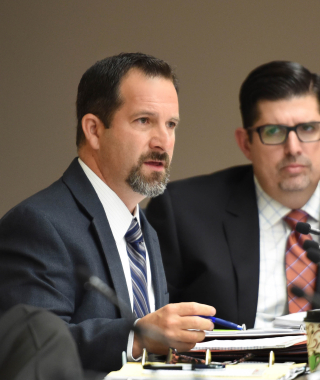 After being one of only two Florida House members to oppose it last session, Miami Republican Rep. Michael Bileca said he's open to considering a renewed effort to mandate recess time at Florida's public elementary schools.

But he indicated the proposal could still face some potentially tough scrutiny in 2017.

"I will take a look at it," Bileca told the Herald/Times. "The areas I had difficulty with were not changed (last session), so we'll need to see what's changed."

Although he's only one vote in the 120-member House, Bileca's opinion matters greatly because, as chairman of the Education Committee for the upcoming term, he has the power to influence the outcome of a wide range of education policy matters -- including this popular, parent-driven proposal.

Among Bileca's powers as chairman is deciding which bills are taken up by his committee. Failing to get a hearing is a frequent way bills die in session -- and it's how the recess measure stalled last spring in the Senate.

In filing a bill on Tuesday, Sen. Anitere Flores, R-Miami, got the ball rolling to revive the Legislature's recess debate for next session. Rep. Rene Plasencia, the Orlando Republican who advocated for the issue last spring, is drafting the House companion.

"I know one of the things for me last year that I didn't like was it was tied to discipline," Bileca said, referencing a provision in last session's bill that read: "Free-play recess may not be withheld for academic or punititive reasons."

Bileca said he "expected modifications" in the proposal before it was brought to the House floor for a final vote but the bill was never altered.

Bileca and now-House Speaker Richard Corcoran, R-Land O'Lakes, were the only "no" votes when the measure passed the House, 112-2, in February. Corcoran's office did not respond to emails seeking comment this week about whether he would support a school recess proposal in the upcoming session.

While Plasencia's bill is still being drafted, the version Flores filed omits the line that concerned Bileca. It also doesn't include language affording recess time to sixth-graders who are enrolled at schools with at least one other elementary school grade, as last session's bill did.

In speaking with the Herald/Times, Bileca indicated the recess proposal could face a high bar as far as his support is concerned.

He noted that Florida already mandates physical education time, "a requirement that a lot of other states don't have." And he said: "My big focus for next session is going to be: Where are there areas we've over-regulated from the state level?"

One of the reasons the recess measure died last session in the Senate was because that chamber's education policy chairman at the time firmly believed it was a local issue that didn't "merit a Tallahassee solution."