New Q poll: Rubio 'appears to be pulling away' from Murphy; incumbent has 6-point lead 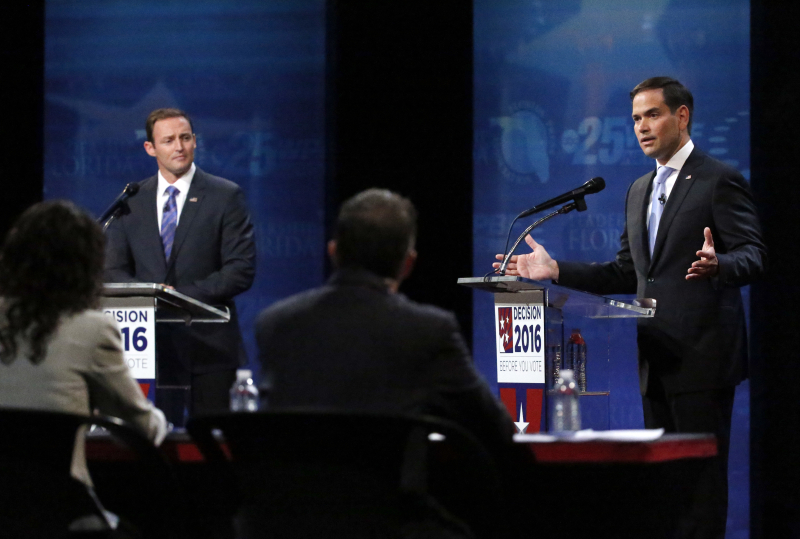 The new poll, released Thursday, had Rubio with 50 percent support, compared to 44 percent for Murphy heading into the final week before Election Day.

About 1 percent of the 626 likely voters surveyed said they support someone else and 4 percent were still undecided. Results of the poll, done Oct. 27 - Nov. 1, had a margin of error of plus or minus 3.9 percentage points.

The previous Quinnipiac poll, done Oct. 10-16, had Rubio with a 2-percentage-point lead, 49 percent to 47 percent over Murphy.

Perhaps most significantly for Rubio, the university said, is that the latest poll indicates he has a strong advantage among independents, leading Murphy 54 percent to 38 percent.

"Candidates with a 16-point lead among independent voters rarely lose, and Sen. Rubio, who has that edge over U.S. Rep. Patrick Murphy, appears to be pulling away from the challenger. But anything is possible," said Peter A. Brown, assistant director of the Quinnipiac University Poll.

Also in the new results, Quinnipiac said Rubio leads by 8 points among women, while Rubio and Murphy are within the margin in getting men's support (49 percent for Rubio, 46 percent for Murphy). Both Rubio and Murphy have actively tailored their campaign messages to court the female vote.

A couple polls in the latter half of October showed Rubio and Murphy evenly tied, while three others -- including two released Sunday -- showed him with a lead of at least 8 percentage points.

A Herald/Times analysis using direct comparisons of pollsters' findings found Rubio still ahead as of late October, although Murphy had narrowed the gap.

Before today's new Q poll, Real Clear Politics had Rubio with a 4.4 percentage-point advantage in its polling average. Out of more than 30 polls since late June -- when Rubio declared he would seek re-election again -- none has shown Murphy ahead.

Photo credit: Sen. Marco Rubio, right, gestures as he and Rep. Patrick Murphy, left, answer questions from a panel during a debate, Wednesday, Oct. 26, 2016, at Broward College in Davie, Fla. Rubio and Murphy held their second and final debate, 13 days before the election. (AP Photo/Wilfredo Lee)