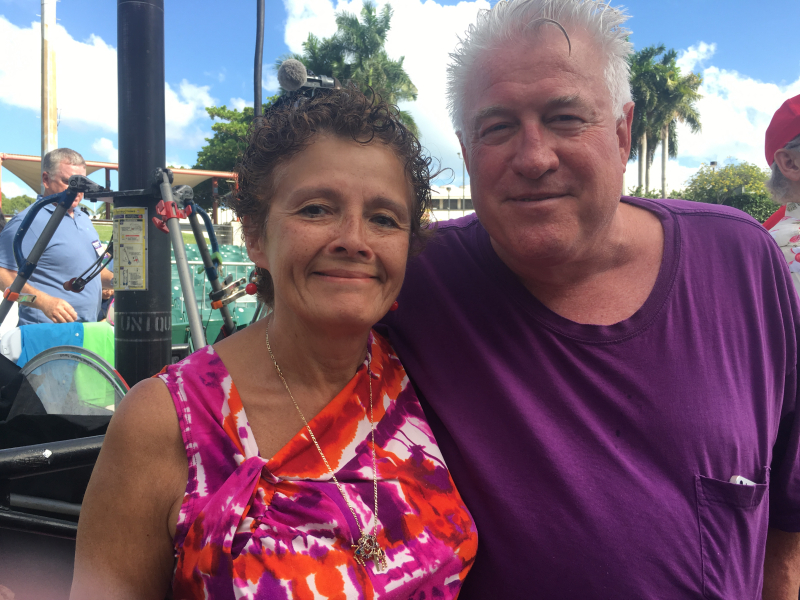 The political equivalent of a unicorn six days before an election is an undecided voter -- truly undecided, still wrestling with which presidential candidate to pick as the voting deadline looms.

In downtown Miami on Wednesday, we found two.

It's not that she's gone back and forth between supporting Trump and Hillary Clinton. She's never supported either, she said.

"It's been crazy," she said of the election. "Just so wild. It's brought out the worst, I think, in both candidates. The absolute worst."

Both she and her husband are registered without party affiliation. In past elections, Nelly said she voted for Ronald Reagan, Bill Clinton, Barack Obama and Mitt Romney.

Her top issue, Nelly said, is immigration: "I'd like the borders to be controlled. I'm just not sure what either candidate is going to do, honestly."

Frank, her 62-year-old husband, said he used to be registered Republican. Any other candidate but Trump would have resoundingly defeated Clinton, he said, adding that Jeb Bush would have been his choice.

"I have said from the beginning I would not vote for Trump," he said. "I have said I would vote for Hillary but only as a strategic block."

"I am concerned if Trump gets in, he'll have a Republican Congress. They'll do a lot of stupid things, like so many tax cuts they'll drive up the deficit," he said. "Clinton, she is corrupt, unethical, but there's questions as to whether she's criminal. The Republican Congress would block her."

"There will be a divided government that would put a leash on spending," Frank continued. "I would have almost rather have seen Donald Trump lose by a lot and have Republicans maintain Congress. I'm concerned that if he loses by a little, even if we hold the Congress, Donald Trump is not going to walk off stage. He's going to continue to dominate Republican politics.

"I worry that there's a segment now of the center-right Republican troops that will follow him and split the party -- and the net result will be that we'll have a left-leaning government."

What will help them make up their mind in the final six campaign days?

"I think I'll know it when I hear it," Nelly said.