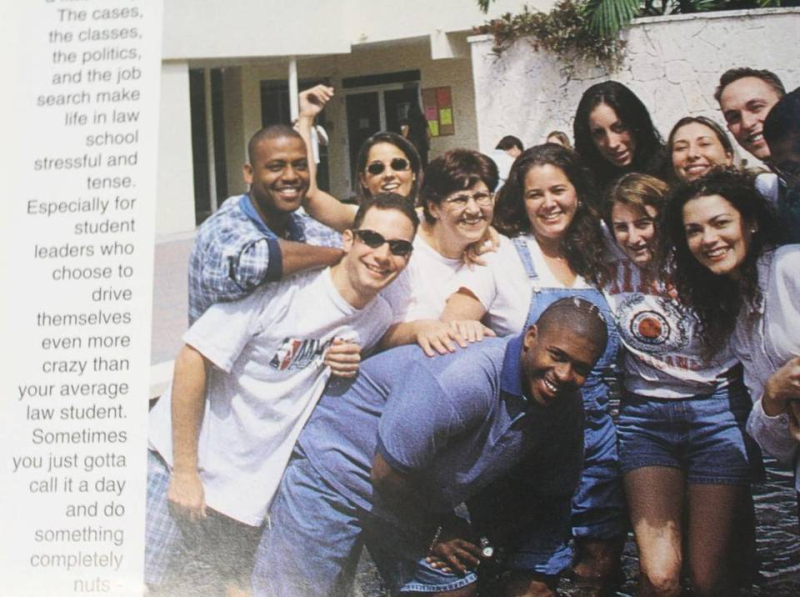 With the 1996 election approaching, the editors of Res Ipsa Loquitur, the University of Miami Law School newspaper, conducted a completely informal, wholly unscientific poll of fellow students about their favorite candidate for president. Bill Clinton topped Bob Dole “in a landslide,” the biweekly paper reported on Sept. 26, 1996.

But more interesting, in hindsight, were two other contenders who appeared further down the list: Hillary Clinton, then First Lady, drew 3 percent support, putting her in sixth place — right behind the 4 percent garnered by the fifth-place candidate, a “relative unknown” by the name of Reince Priebus.

He was, at the time, a second-year UM law student.

Most people know Priebus, the Republican National Committee chairman since 2011 and a fixture in cable and Sunday news shows, as a Wisconsin political strategist who lost a 2004 state Senate race and later successfully steered the Wisconsin Republican Party as its youngest chairman.

Few remember he obtained his law degree far from the Badger State, in sunny Coral Gables, a place that — by all accounts — he thoroughly enjoyed. Priebus did not respond to an interview request sent to the RNC.

“I went to school right down the road at the University of Miami,” Priebus said at a Sept. 16 Trump rally at the James L. Knight Center downtown. “Go Hurricanes!”