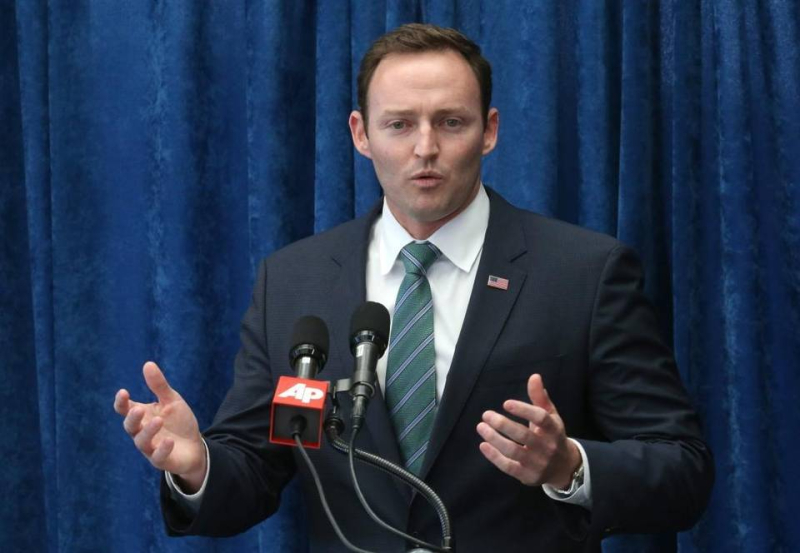 From @jonathanvswan at The Hill:

The Hill has found no evidence that Murphy himself was involved in, or even aware of, the alleged scheme. The Murphy campaign declined to say whether the candidate is aware of the FBI probe, but the campaign said neither Murphy nor his campaign staff is being investigated.

The Murphy campaign noted that a conservative super PAC earlier this year filed a complaint on the issue that the FBI is looking into.

“This complaint was written by a Republican super PAC willing to say anything to elect Marco Rubio,” said Murphy campaign spokesman Joshua Karp. “Neither Patrick nor any current or past employees have ever been contacted regarding this matter, and we are confident an examination of the facts will result in its dismissal.”

This story took about three months to confirm after initial tip. It helped when FBI agents began showing up at homes https://t.co/2VTjekZNDo

Here is more details on that super PAC complaint. The Senate Leadership Fund -- which has aggressively targeted Murphy this cycle -- filed it in June. The Hill reported in September that the Federal Election Commission was looking into it.

Over the summer -- after the super PAC's complaint was filed -- Murphy's campaign, at one point, averaged $1,288 in legal expenses day over a six-week period.