« Rubio campaigns in Republican territory, while Murphy rallies with Obama | Main | New Q poll: Rubio 'appears to be pulling away' from Murphy; incumbent has 6-point lead » 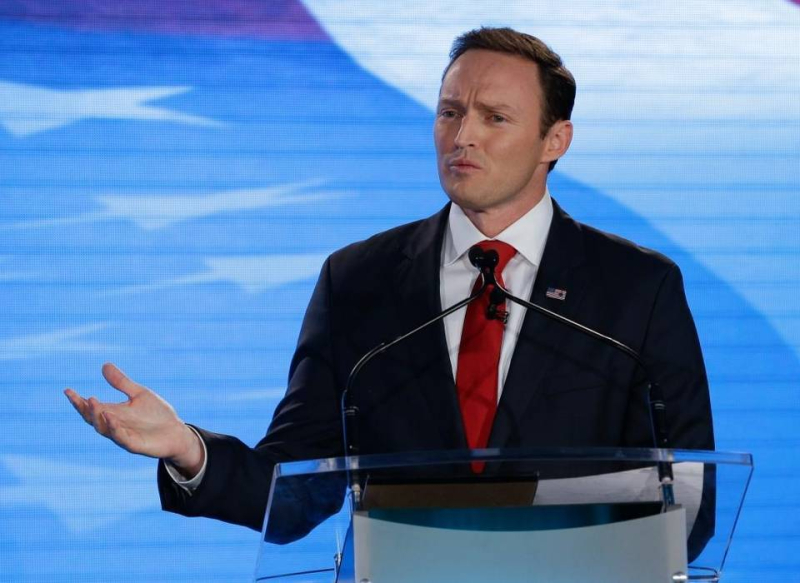 The National Republican Senatorial Committee publicized Carroll's complaint Thursday, as FACT provided the Herald/Times with a copy of its. Both complaints are dated Wednesday.

Murphy campaign spokesman Joshua Karp dismissed the complaints as "desperate," politically motivated attacks. He called Carroll's complaint, in particular, not "worth the cost of a stamp, and it's an abuse of taxpayer dollars to ask taxpayer-paid employees to read it and throw it in the trash."

"Not only does this complaint get its facts wrong, it is filed by a long time supporter of Marco Rubio who has donated to him," Karp said in reference to the Republican incumbent. Karp did not respond to a request for which facts were incorrect in Carroll's complaint.

FEC filings show Carroll previously gave $255 to Rubio's former presidential campaign, for which she listed herself as "campaign manager" in contribution records.

Murphy's campaign has similarly dismissed as "frivolous and unfounded" previous complaints from FACT over Murphy's family connections and his campaign finances.

FACT and Carroll now claim, though, that Murphy executed what Carroll described as "a sham 'sale' " by claiming to have sold $1 million in stock in his family's Coastal Construction Group to use as collateral for the recent campaign loan. Murphy was gifted his stock in Coastal a few years ago by his father -- Coastal founder, CEO and chairman Tom Murphy Jr.

"This massive sale of stocks given to him by his father warrants investigation by the Office of Congressional Ethics ... as it appears to constitute a prohibited contribution in the name of another in violation of both federal campaign finance laws and House Ethics rules," Carroll writes in her complaint.

Paperwork is not yet available that would show how Murphy's stock sale was reported to the U.S. House, as required within 30 days of the sale under the 2012 STOCK Act. The loan itself, dated as given Oct. 26, was reported to the FEC on Monday in a 48-hour notice filed by the campaign.

Murphy's campaign told the Herald/Times earlier this week the congressman's net worth (of between $72,000 and almost $4.8 million) is unchanged by the stock sale; the Coastal stock was simply converted into a liquid asset to use as collateral for the campaign loan. The campaign also clarified this week that Murphy sold back his stock to Coastal itself. The company is family owned and operated.

Carroll argued in her complaint: "The facts strongly suggest that this sale was not an arms-length commercial transaction, but rather a last-minute effort to provide additional funds to Rep. Murphy’s campaign."

FACT executive director Matthew Whitaker made similar arguments in his complaint, in which he advances two previous complaints by FACT (one in May and another in September) that allege Tom Murphy's multi-million-dollar contributions so far to efforts supporting his son constitute "illegal coordination" between the candidate and independent super PACs.

MORE: Murphy ‘hates’ super PACs, but family’s company gives $300K to one that backs him

"Murphy cannot use his company to fund both his campaign and his super PAC," Whitaker continued, referring to a donation Murphy's father -- in Coastal's name -- made to a pro-Murphy super PAC earlier this year.

"Murphy's recent stock sale demonstrates that either Murphy used his company to donate to his super PAC, or the sale of stock is simply a false financial transaction so that Murphy's father can illegally fund Murphy's campaign, or both," Whitaker wrote.

Karp called FACT "a shady Republican group that only exists to write complaints against Democrats, [is] funded by secret donors, and run by a washed-up former Republican candidate for Senate."