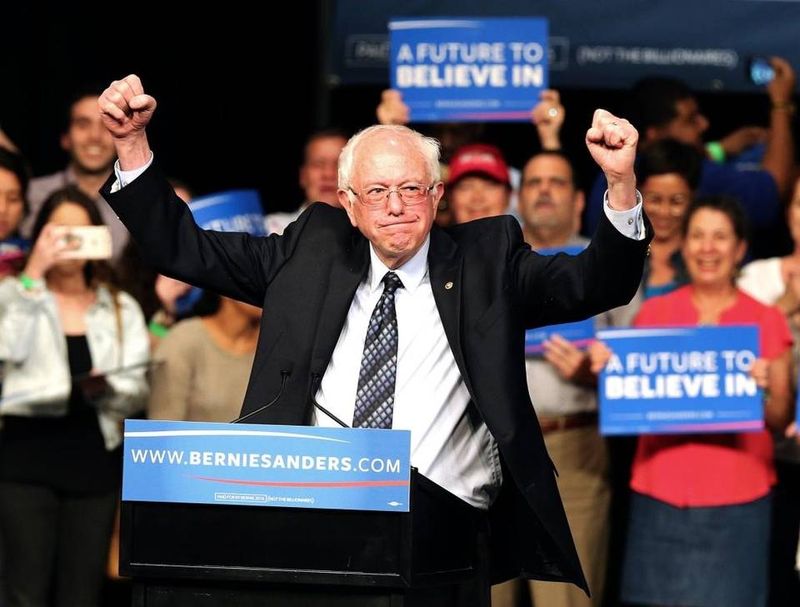 Bernie Sanders' organization Our Revolution has endorsed former state Sen. Dwight Bullard for a position within the Miami-Dade Democratic Party and subtly bashed his opponent, Stephen Bittel, a wealthy Coconut Grove developer and major campaign donor, without naming him.

The winner of the state committeeman race Dec. 20th will run for Florida Democratic Party chair Jan. 14 in Orlando.

"An extremely wealthy donor wants to buy his way to lead Florida's Democratic Party, and the only thing between him and control of the party is our political revolution,"Our Revolution wrote in an email sent to some Florida Democrats Tuesday night. "Here's where you come in: we need people like you in Miami Dade County to become precinct chairs and vote for Dwight Bullard on Tuesday, December 20."

Bullard said that Democrats who worked on Sanders' campaign in Miami-Dade reached out to him to ask if he would want an endorsement by Our Revolution for his state committeeman race. Bullard's friend Marcus Ferrell, who lives in Jacksonville and did African-American outreach for Sanders, then approached former Ohio state Sen. Nina Turner who serves on the board of Our Revolution. Bullard said he hasn't spoken directly with Sanders.

Just as Sanders has pushed for U.S. Rep. Keith Ellison of Minnesota for Democratic National Committee chair, Bullard said he hopes that Our Revolution can boost his candidacy as well.

"I am hoping for a similar push, momentum swing in a smaller way at the state level," Bullard said.

Earlier this month, Bret Berlin was re-elected state committeeman but days later resigned to make way for Bittel to run for the position. Before Bittel can run for state chair, he must first hold a county position.

It's unclear if Sanders' opinion will carry much weight in a county and a state that he lost overwhelmingly in the March Democratic presidential primary.

Hillary Clinton won about 75 percent of the vote in Miami-Dade and 64 percent in Florida. Although Sanders had fervent fans in Florida, he focused on other states and waited to show up in Florida one week before the primary after many voters had already cast ballots.

But Sanders has continued to draw interest since Clinton lost -- he drew a crowd at the Miami book fair in November.

When members of the county party's executive committee gather to vote Dec. 20th, it will include several new members who are Sanders fans.

Another sign that Bullard is running in Clinton territory: the Dec. 20th election will be held at the Clinton headquarters in Wynwood.