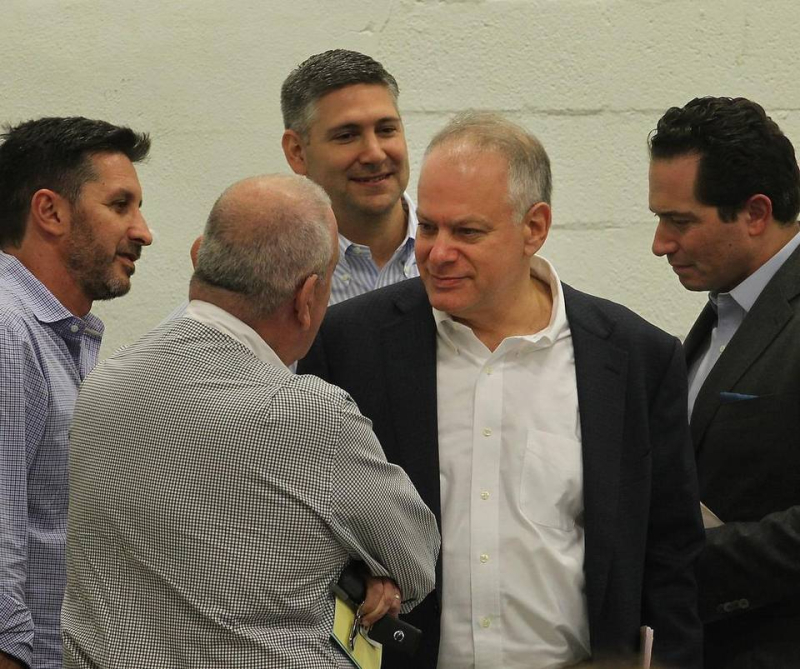 Bittel, who was forced by party rules to seek the obscure post of Miami-Dade County state committeeman in order to run for Florida chairman next month, cut a polarizing path to the position. Amid cheers and a smattering of boos, he sought Tuesday to unify a boisterous crowd and downplay accusations that local leaders engineered his ascension through back-room deals.

“The urgent need for progressive activism runs in my veins, runs in my family,” Bittel told the hundreds packed into the cavernous former Wynwood headquarters of the Hillary Clinton presidential campaign. “This will be my first and last election … It’s time to bring everyone together.”

With 413 votes cast in a field of eight, Bittel beat Bullard — who missed Tuesday’s event while cruising with family — by a count of 250 to 161. He’ll now face Alan Clendenin in a bid to take control of the state party following chairwoman Allison Tant’s decision to step down.

“This race has gotten national attention because everyone knows it’s a launch pad for state chair,” said Bittel, 60, who made his fortune as chairman of Miami commercial real estate firm Terranova Corp.