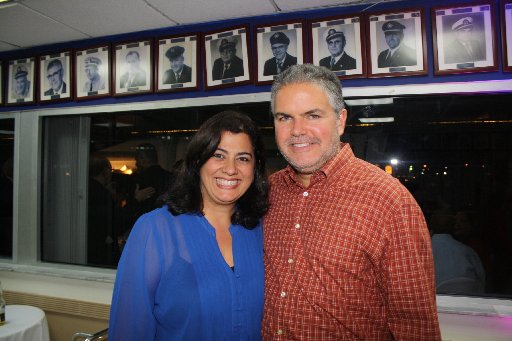 Zoraida Barreiro, the wife of Miami-Dade County Commissioner Bruno Barreiro, is mulling a run at a Miami city commission seat.

Barreiro acknowledged Thursday that she's seriously considering a campaign for the city's District 3 commission seat, which will be vacated by the term-limited Frank Carollo in November. The campaign would be her first.

"This is an opportunity with Mr. Carollo's empty seat, which doesn't come around very often. I've had a lot of people come to me with the idea and encourage me to run," she said. "I'm definitely considering it."

The 48-year-old home healthcare executive and mother of two said she's no stranger to politics. She would be the fourth candidate to enter the race, and would be considered an immediate contender due to her husband's nearly two-decade run in Miami-Dade politics as a state representative and county commissioner.

The seat represents a majority-Hispanic district that includes Little Havana, the Miami River and The Roads, where Barreiro lives.

"Being married to Bruno I have gone through a lot of campaigns," she said. "I definitely know all the time that it takes and the challenges it brings."

Barreiro said she has been approached by a number of people to consider a run at Carollo's seat. Carollo himself, she said, is "very excited about the idea."

Barreiro said she doesn't expect to make a decision until after the holidays.