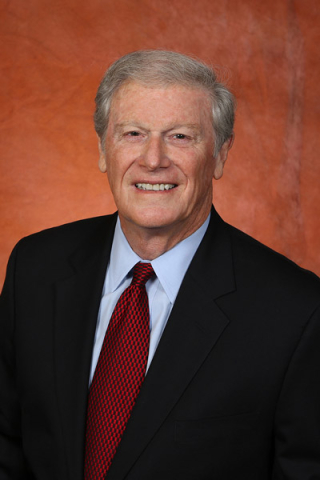 from @LloydDunk of the News Service of Florida:

In his annual "state of the university" address on Wednesday, Florida State University President John Thrasher reiterated his strong opposition to allowing guns on university and college campuses.

As a member of the Florida Senate, Thrasher helped kill a bill in 2011 that would have allowed gun owners with concealed-weapons licenses to bring their firearms to Florida's university and state-college campuses.

"I opposed it. I killed it. I have worked against it since then," Thrasher told the FSU faculty. "And you have my promise that I will work against it this year also."

The so-called "campus carry" bill, which in the past has been approved by the House, has already re-emerged as an issue for the 2017 legislative session. Rep. Scott Plakon, R-Longwood, filed a new version of the bill (HB 6005) on Wednesday.

The issue also may have more support in 2017 in the Senate, where newly elected Sen. Greg Steube, R-Sarasota, a major supporter, has been named chairman of the Judiciary Committee. That committee is where the proposal, strongly backed by Second Amendment groups, died during the 2016 session.

Thrasher, a former House speaker and Senate Rules Committee chairman, said he continues to agree with other university and college leaders, campus law enforcement officials and faculty members "that having more guns on campus does not make our campus safer."

A former chairman of the Florida Republican Party, Thrasher also said during the address Wednesday he would urge incoming President Donald Trump not to repeal President Barack Obama's 2012 executive directive that gives undocumented immigrants who came to the country as children the right to work and study in the United States.

The so-called "Dreamers," or Deferred Action for Childhood Arrivals, program has allowed some 740,000 immigrants to obtain work permits or remain in school without the fear of deportation, according to federal officials.

"I think it's the right thing to do," Thrasher said. "And I will help these students and others find a better path to the future."

His support for the "Dreamers" was part of a major portion of Thrasher's speech in which he emphasized that "diversity and inclusion" at FSU remain a priority for his administration.

"These are not just buzzwords to me," Thrasher said. "They reflect the values of Florida State University, a place that offered me an education and opportunities I never would have had otherwise."

In the more-traditional part of his speech, Thrasher outlined a host of achievements for the university, which has 42,000 students and is classified as one of two "pre-eminent" schools in the state.

He noted FSU jumped five spots in the annual U.S. News & World Report rankings to 38th on the list of top public universities, with the school positioned to achieve its goal of being a top-25 school.

Fund-raising is robust, boosted by a $100 million gift from Jan Moran and the Jim Moran Foundation that is helping FSU create a new school, which Thrasher said will "change the face of entrepreneurial education in America."

Thrasher pointed to a number of academic achievements by the FSU faculty, including research into the Zika virus and a major increase in research funding and grants. FSU has received a $10 million federal grant to create a center focused on improving nuclear waste cleanup.

Heading toward the 2017 legislative session, Thrasher said FSU would seek a significant funding boost to further raise the quality of the school, including an emphasis on graduate programs.

With lawmakers, like Senate President Joe Negron, R-Stuart, talking about initiatives aimed at improving Florida's higher-education system, Thrasher said he is "optimistic" about university funding in the coming session.