Is a contract a trade secret? Corcoran says no, but did the bill passed last year say it is? 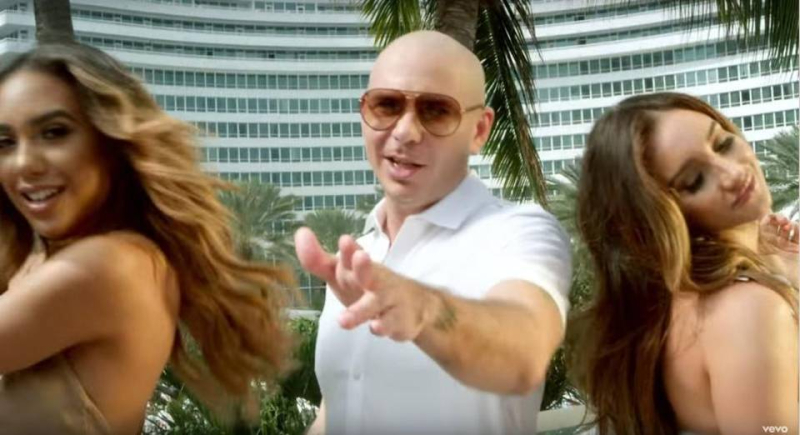 The governor signed and all but seven Democrats voted for two bills that expanded the definition of trade secrets to allow more agencies to shield commercial and financial information from the public. The legislation took effect Oct. 1.

If the now controversial Pitbull contract hadn't already been signed, Visit Florida could have argued that the state law required it keep the contract details secret, said Barbara Petersen, president of the First Amendment Foundation who urged the governor to veto the bill.

"It would allow them to do exactly what Visit Florida did,'' she said. "If the amount of a contract is not commercial information, I don't know what is."

Pitbull's $1 million contract with the state has been under fire after House Speaker Richard Corcoran filed a lawsuit asking a court to order Visit Florida to release the details of the rapper's agreement to promote Florida beaches.

Pitbull then released the details of the contract on his Twitter feed and on Friday Scott ordered Visit Florida to make a series of changes designed to make its operations more transparent. Scott also ousted Will Seccombe, the head of the agency, who signed the deal.

But Petersen is not convinced that the governor's transparency order is really designed to allow the public access to expensive business deals.

"It's more about saving Visit Florida than about transparency,'' she said. "The hypocrisy is amazing.''

"This is the same governor that asserted he didn't use private email accounts, [and spent $700,000 to settle a lawsuit as a result], that lied to us for months about the existence of his transition team emails,'' she said.

"With the collusion of his general counsel, he fired [FDLE Commissioner] Gerald Bailey in violation of the Sunshine Law. I know it's cynical but I think he is saying; 'Legislature, you can't get rid of Visit Florida because I'm making them transparent.'"

Corcoran argues that the legislation had nothing to do with shielding contracts from public disclosure but strengthening the existing trade secret statutes.

"A contract with a public agency paid for with taxpayer money is not a trade secret,'' he said. He noted that Pitbull's lawyers argued that but they were wrong. "Just because somebody claims it's a trade secret, doesn't mean it is a trade secret."

The First Amendment Foundation is a non-profit agency that advocates for public records access in Florida. The Tampa Bay Times and the Miami Herald are members.

Petersen lobbied against the bills, sponsored by Sen. Garrett Richter, R-Naples, and Rep. Ray Pilon, R-Sarasota, and sent letters to the governor urging him to veto them. She argued that because the law added " financial information" to the information that constitutes a trade secret, and it failed to define that that is, it was "unconstitutionally vague" and could apply to contracts.

Instead of a veto, the bills were signed into law. Had the Pitbull contract been signed after the provisions took effect, Visit Florida could have argued that the state law required it keep the contract details secret, Petersen said.

Peterson is now composing a letter to Corcoran asking him to reconsider the legislation passed last year expanding the trade secrets exemptions.

"I'm glad Corcoran did this and now he's got to take the next step and repeal the corporate expansion of the trade secret information,'' she said.

But Corcoran said he is not convinced the current trade secret laws are flawed and an education campaign may be more in order.

"We clearly need to make it very clear to government agencies what is and what is not a trade secret,'' he said. "Hiding from that public that which they have a right to know is unacceptable."

The trade secret expansions are only one in a series of bills that passed last year to expand exemptions and make government less transparent.

The Legislature also passed and Scott signed SB 196 by Sen. Travis Hutson, R-St. Augustine, which exempted from the public record any financial information received by the Department of Transportation from companies applying for a loan from the state's infrastructure bank.

"You can apply and get a loan but the public doesn't know if the people are who are applying are financially solvent,'' Petersen said.

Legislators also agreed to include in the definition of proprietary business information the results of "The Ultimate Fighter," a mixed-martial arts company that are kept by the Florida State Boxing Commission. The company tapes its show and then broadcasts it at later dates.

Petersen said. "We have a standard and we generally don't object to exemptions for proprietary, confidential business information but the standard language is already in law and only a few agencies need it,'' Petersen said. "But to protect the results of extreme boxing -- cage fighting -- is just silly.''

Petersen noted that while the governor now orders Visit Florida to be more transparent, she wonders where he was when the Department of Health was allowing companies that applied to be medical marijuana dispensaries to redact from public record information that was readily available on their web sites.

"There is a broader issue here and that is the holy grail of economic development: you can't question the money we spent, the perqs we give to companies to stay in Florida or to move here,'' she said. "What they fail to consider is that they are public assets."

Corcoran said he is determined to change that.