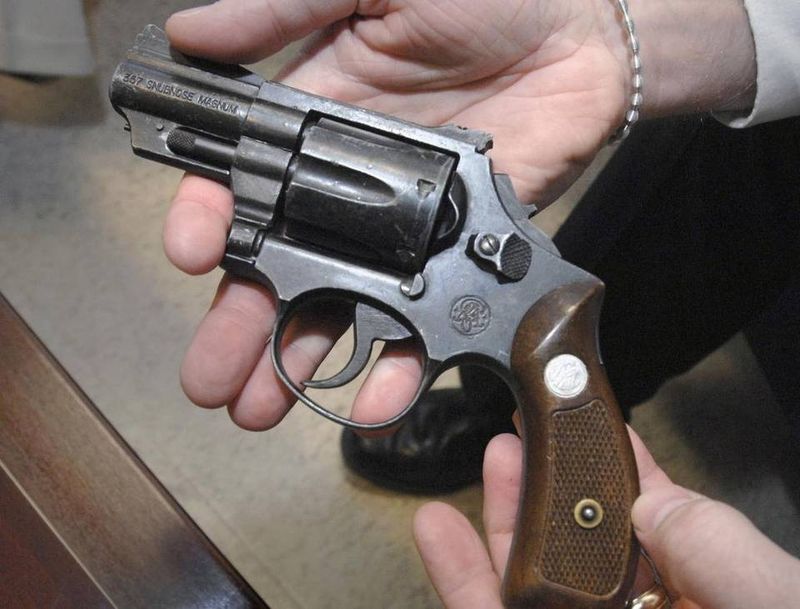 For the past two legislative sessions, the Florida Senate had been the blockade for NRA-endorsed gun bills, but the odds are now greater that that trend won't continue in 2017.

A contentious and comprehensive bill that allows for the open-carrying of handguns and otherwise expands gun-owners' rights in Florida will have an easier path to the Senate floor next spring, thanks to friendlier committee assignments than similar proposals that previously stalled.

Committee assignments are a routine step that is typically not significant but, in this case, is quite revealing of Senate leadership's support for Steube's wide-ranging measure.

Notably: The bill will not be reviewed by the Criminal Justice Committee, a common stop for past gun-related legislation. That committee is now chaired by an Orlando Democrat, Randolph Bracy.

When reporters asked Negron about Steube's bill earlier Tuesday -- before the committee assignments were published -- Negron was vague on where the bill would be routed.

His spokeswoman, Katie Betta, told the Herald/Times this afternoon: "The President referenced the bill to the committees he deemed appropriate, based on his judgement after reviewing the bill."

"I've always been a strong proponent of Second Amendment rights of law-abiding citizens," Negron told reporters earlier Tuesday. "A particular bill, we'll have to see what components are in it. Obviously I have a lot of confidence in Senator Steube."

Steube's legislation would allow nearly 1.7 million people with with concealed-weapons permits in Florida to openly carry their firearms. It would also remove several locations from the list where concealed weapons are currently banned -- allowing guns at legislative meetings, local government meetings, airport passenger terminals and public schools, colleges and universities.

There's no guarantee that Steube's bill has the votes to pass, but these committee assignments at least give it a better chance at advancing.

The stopgap in previous legislative sessions that had prevented similar gun proposals from reaching the Senate floor had been then-Judiciary Chairman Miguel Diaz de la Portilla, R-Miami. He had denied such bills the chance to be heard at his committee, let alone voted on. He lost re-election in November to Democrat José Javier Rodríguez, D-Miami.

Proposals calling for open carry and to allow concealed weapons in airport passenger terminals and on public college and university campuses have been filed in the House for next session as well, but as individual pieces of legislation.