Orlando Republican wants to be state's next agriculture commissioner 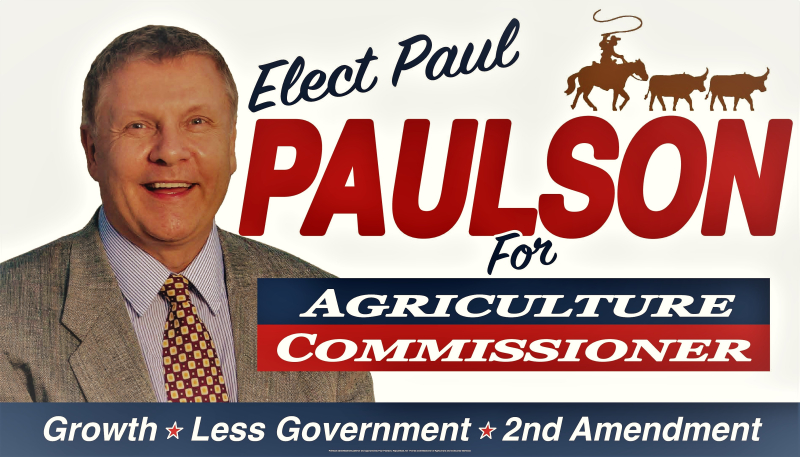 An Orlando real estate professional has his eyes on being Florida’s next elected state Agriculture Commissioner.

“I look forward to the race,” Paulson said. “It will be a challenge.”

Paulson has never run for statewide office, but in 2015 ran for mayor of Orlando, losing badly (63 percent to 33 percent) to incumbent Buddy Dyer. He currently is a Republican state committeeman for the Orange County Republican Executive Committee.

Paulson said his father was a cattle farmer and he himself is a member of the Florida Cattlemen’s Association giving him insight into the agriculture world. But Paulson said being agriculture commissioner goes beyond farming, given that the agency also has jurisdiction over consumer services. In that role, the agency regulates things like motor vehicle repair shops, charitable organizations, pawnbrokers, health studios, travel agencies, moving companies, sweepstakes/game promotions and telemarketers.

“My goal is to help streamline regulations,” Paulson said in an interview.

Paulson said he’s been happy with Putnam’s tenure as commissioner, but says it is good to get a new set of eyes to look at various regulations in the state.

Paulson is the first Republican to openly declare for the 2018 contest.