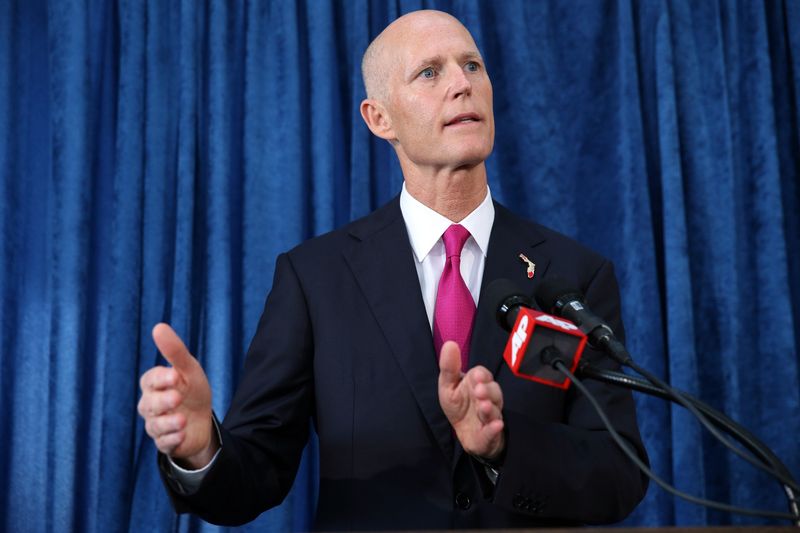 Florida Republican Gov. Rick Scott sent a letter to Cuban President Raúl Castro on Tuesday, calling for him to change course and “allow a new era of freedom and opportunity for Cuba.”

Scott referenced the celebrations in Miami after the death of Fidel Castro last month, saying the demonstrations “represented the hope for an end to the decades of torture, repression, incarceration and death that you and your brother have caused the people of Cuba.”

But, Scott noted, Raúl Castro appears to be continuing his brother’s legacy — with recent examples that include the arrest of Cuban artist Danilo “El Sexto” Maldonado, who mocked Fidel’s death in an online video.

“After Pope Francis’ trip to Cuba, you suggested that you may return to the church and pray again. My prayer for you and the Cuban people is that you listen to Pope Francis and focus on bringing absolute freedom and democracy to Cuba,” Scott wrote. “I pray that you open Cuba to freedom of the press and religion; release all political prisoners; provide unfettered access to the internet; allow ownership of land; provide reparations to those whose property was confiscated; bring all Cuban military home and allow for free and fair elections with international supervision.”