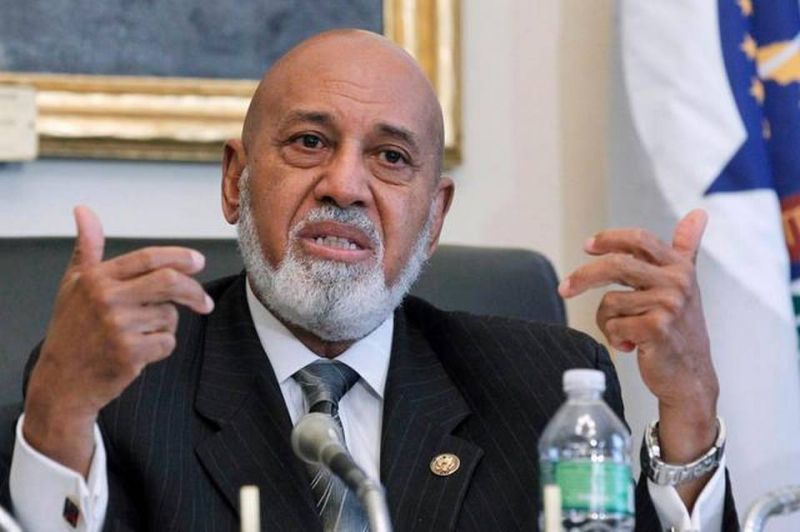 Hastings will spend the day in his district instead, spokesman Evan Polisar said. Hastings, who lives in Delray Beach, represents portions of Broward, Palm Beach and Hendry counties. Hastings rallied African-Americans to support Hillary Clinton in 2016.

The other two Democrats who represent Broward -- Debbie Wasserman Schultz of Weston and Ted Deutch of Boca Raton -- will both attend the inauguration. Wasserman Schultz will attend the Women's March on Washington Saturday and is co-hosting a breakfast before the march.

“I have decided to boycott the Inauguration of President-elect Donald Trump and remain in my Congressional district in Florida. This decision is not a protest of the results of the Electoral College, but rather, an objection to the demagoguery that continues to define the incoming administration.

“President-elect Trump has done little to prove that he is ready to lead this country. Instead, he continues to champion divisiveness. The office of the President is not endowed with unquestioned loyalty, and it is the obligation of each and every American to speak out against injustices however big or small. I cannot play a part in normalizing the countless offensive comments that he has made throughout the past year.

“It is quite simply wrong for the President-elect to use his position of power to continue to make racist, sexist, and bigoted statements, to demean those who have spent their lifetimes championing civil rights, such as Rep. John Lewis, and to ridicule religious minorities, ethnic minorities, and anyone who looks different. President-elect Trump continues to denigrate the American intelligence community, jeopardizing the security of the American people, and has clear, undeniable conflicts of interest in violation of Article 1, Section 9 of the Constitution, designed to prevent foreign influence over American elected officials. Make no mistake: these behaviors are not, nor can they ever be, considered normal.

“President-elect Trump has made it clear that when given the choice, he stands with Vladimir Putin. I choose to stand with Rep. John Lewis, and every American that expects our President to serve with compassion and humility. If the Trump administration continues to champion illegal, unconstitutional, or other ideas that put the safety of the American people at risk, it will find no harsher critic than me.”