« Broward's Mitch Ceasar running for DNC vice chair | Main | Rubio: Cuban immigration policy 'was going to be changed one way or another' » 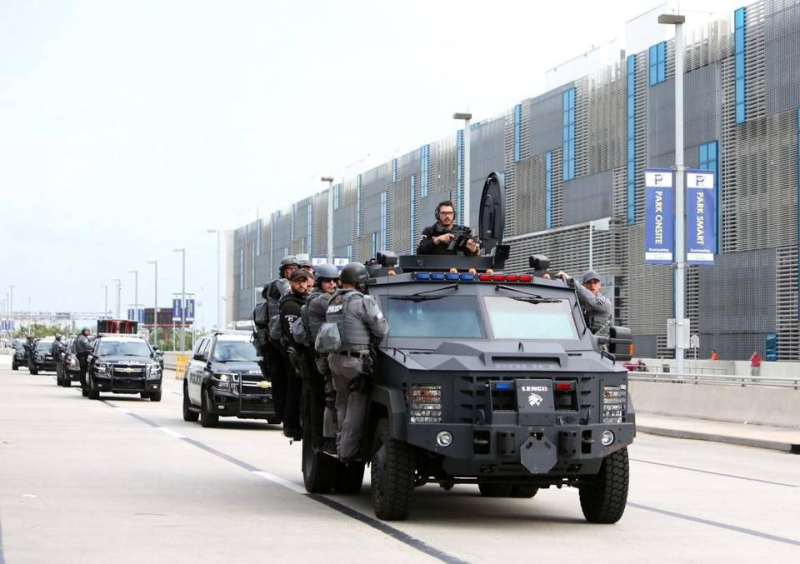 The meeting at the Broward Sheriff's Office in Fort Lauderdale is not open to the public or press however officials will speak to the media after the meeting.

Broward County officials have made no long-term decisions about airport security changes. The county pays the Broward Sheriff's Office about $17 million a year to provide security at the airport. The money comes from fees paid by airlines and vendors and pays the cost for about 116 full-time employees. Israel and U.S. Senators Bill Nelson and Marco Rubio have sought federal money to help cover the cost of responding to the shooting. BSO is in the process of compiling an estimate for what it spent related to the Jan. 6 shooting which shutdown the airport for several hours.

Suspected gunman Esteban Santiago, who faces charges in the fatal shooting of five people and injuring six, will appear in court Tuesday morning.