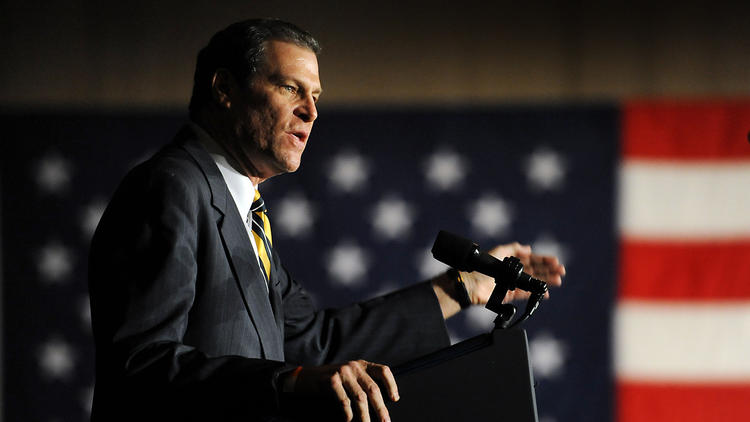 In 2016, Ceasar ended his 20-year reign as chair of Broward, Florida's county with the highest number of registered Democrats. A lawyer from Plantation, Ceasar lost a Democratic primary for Broward Clerk of Courts in August.

"We are living in a political climate where the new normal is abnormal," Ceasar said about his quest for one of five vice chair positions. "I want to be part of the solution -- I will have time to devote to rebuilding the party. This is not going to be some glory job -- no more White House Christmas parties, no more perks. It is going to be a very tough four years to rebuild."

Ceasar said that he wants the party to focus on lower ballot races including state legislators who redraw state and Congressional district boundaries and he wants to use Florida Fair Districts amendment as a model.

The New York Times reported that at a forum for the national officer candidates in Phoenix Saturday, Democrats disagreed about how to respond to Donald Trump:

“We can complain all day about every stupid tweet, but the bottom line is that’s not going to change anything,” Ceasar said. “We have to have precision and be narrow in our scope.”

Ceasar is running for a male vice chair slot against three other men -- the number of males elected depends upon the gender ratio of those who win other positions. Ceasar is competing against New York state assemblyman Michael Blake, Adam Parkhomenko, co-founder of Ready for Hillary and served on Donna Brazile's DNC transition team and Rick Palacio, chair of the Colorado Democratic Party.

The DNC's approximately 447 members will elect their new leadersduring meetings Feb. 23-26 in Atlanta. Ceasar said he has made no commitment to back any of the chair candidates including State Rep. Keith Ellison of Minnesota or Labor Secretary Tom Perez.

Ceasar has served on the DNC's executive board for about 10 years but that ended Saturday when the Florida Democratic Party held its election for officers including representatives to the DNC. Ceasar was nominated for a DNC position, but did not win and couldn't attend since he was at the national forum in Phoenix. Ceasar said it isn't a requirement to be on the executive board to run for the vice chair position.

-- Photo by the Sun Sentinel