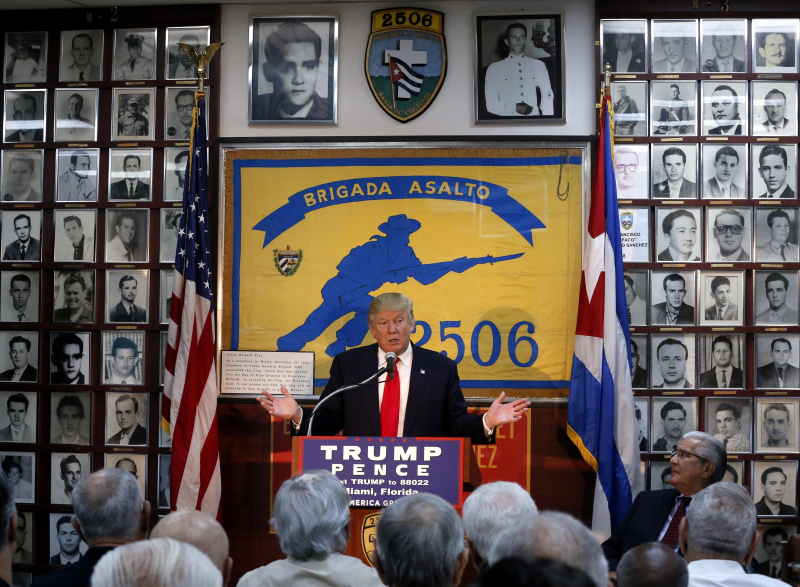 In the letter, the diplomats — including Coral Gables Mayor Jim Cason, who once headed the U.S. diplomatic mission in Havana — ask Trump, in his first 100 days in office, to undo Obama’s “ill-conceived and unlawful executive orders lifting restrictions on doing business with the Castro regime.”

Furthermore, they write, Trump should withdraw, “as soon as possible after being sworn in,” Obama’s order to share intelligence with Cuban officials — a directive criticized by Republican members of Congress and which Cason called “ludicrous” in a Tuesday interview with the Miami Herald.

“We want him to take a fresh look” at Cuba policy, Cason said of Trump. “We gave away too much. Go back, rethink it — not break the entire relations, but certainly don’t give anything [more].”

Trump has pledged to “terminate” the U.S.-Cuba thaw pursued for two years by Obama unless Raúl Castro’s government makes unspecified concessions. Advocates of more Obama-style engagement have said they’re concerned about how Trump might handle Cuba, especially if he feels beholden to exiles who helped win him Florida.