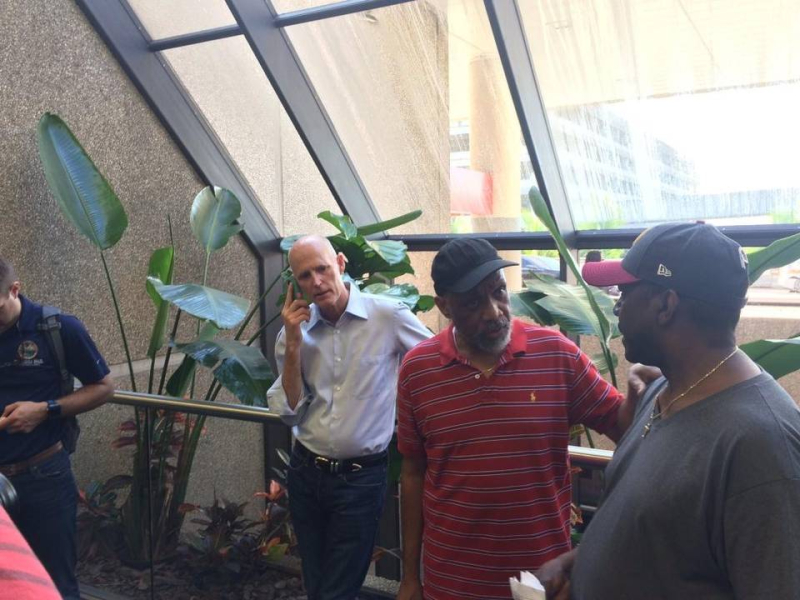 In the wake of the mass shooting at Fort Lauderdale’s airport, authorities have an unusual problem: More than 20,000 pieces of luggage were abandoned on the scene, with passengers desperate to retrieve the bags.

On Saturday morning, Gov. Rick Scott did his best to find four of them.

Passengers Ronald Mackey and Charod Oliphant of Maryland saw the governor walking through Terminal 2 and approached him Saturday morning.

“I just explained to the governor my frustration with the process of finding my bag,” said Mackey, who flew to Fort Lauderdale yesterday for a Caribbean cruise.

Mackey said he got the run-around from Delta representatives about their four bags, which were filled with warm-weather clothes for their trip — until he handed the phone to the governor.

“They told me it was a crime scene and it would be at least three or four days before they release our bags,” Mackey said.

After speaking with Scott, a Delta rep said she would arrange to have the bags sent to Aruba, their first port of call — and would approve an allowance for them to buy toiletries and undergarments.

“I think they would have done that anyway,” Oliphant said, “but [talking with the governor] gave them more incentive.”