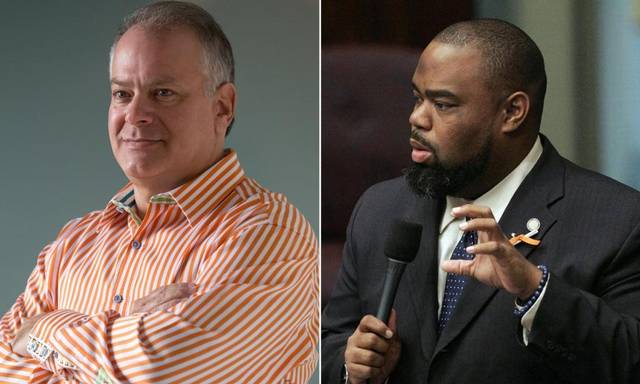 A group of Miami-Dade Democrats filed a grievance Tuesday alleging that the county party violated rules when it elected Stephen Bittel as state committeeman, a prerequisite for him to run for chair of the Florida Democratic Party.

The grievance, signed by 13 Democrats, relates to various procedures used at two meetings leading up to Bittel winning the state committeeman spot.

On Dec. 6th, Bret Berlin won the state committeeman post but them quickly stepped down to make way for Bittel to run on Dec. 20th.

The race to replace Allison Tant as chair has been filled with drama -- and the latest grievance filed by the state party is no exception. It includes allegations about an "invalid midnight motion" and "stuffing the ballot box" and conflicts of interest.

Most of the allegations relate to procedural issues such as whether a quorum was met. The letter alleges that some Democrats who traveled hundreds of miles were "physically barred" from entering the room.

The grievance also alleges that Juan Cuba, the newly elected county chair and former executive director, has unfairly favored Bittel because "Bittel has been funding Cuba's salary." Bittel has given thousands to the county and state party. Cuba was paid through the county party when he was a consultant in the past and was paid through the state party when he was the executive director.

"Because of the rules violations outlined below, we strongly believe that this election must be immediately overturned," wrote the Democrats who signed the letter including Zenia Perez, who was the interim rules chair, and Erika Grohoski, outreach chair. "We do not raise these concerns out of malice or to discourage inclusiveness. We simply want to enforce our rules to ensure fair play, and to build a party that earns and respects the trust of our voters."

Cuba has said the county party followed the rules at the meetings.

"Everyone had an opportunity to be heard," he said. "Despite efforts to disrupt the meeting, an election was held and the membership overwhelmingly voted for Stephen Bittel to be the next state committeemen. We had an election attorney at the meeting to ensure bylaws and procedures were not violated."

Bruce Jacobs, a lawyer and rules committee member at the DNC who represents Bullard, sent a similar letter of complaint to the state party.

The state party rules committee is expected to act on the challenges to eligibility on Jan. 13th, one day before the chair vote in Orlando. The committee will also examine a complaint about the  Clendenin's residency. After Clendenin lost a state committeeman election in Hillsborough County he moved into a rented trailer in Bradford County and won a similar spot there.

Bullard made a similar maneuver: after he lost a state committeeman race to Bittel in Miami-Dade he moved to Gadsden County.

Bullard told the Miami Herald today that he is renting in Gretna and if he wins the chair job he will quit his Miami-Dade school teaching job and may move to Gretna or maintain both residences.

Bullard said Democrats in northern Florida reached out and encouraged him to run in Gadsden.

"They were really disappointed in the shenanigans around the Miami-Dade election," he said. "They granted me another opportunity and I decided to take it."

This post has been updated to include comments from Bullard. Photo of Bittel on the left and Bullard on the right.