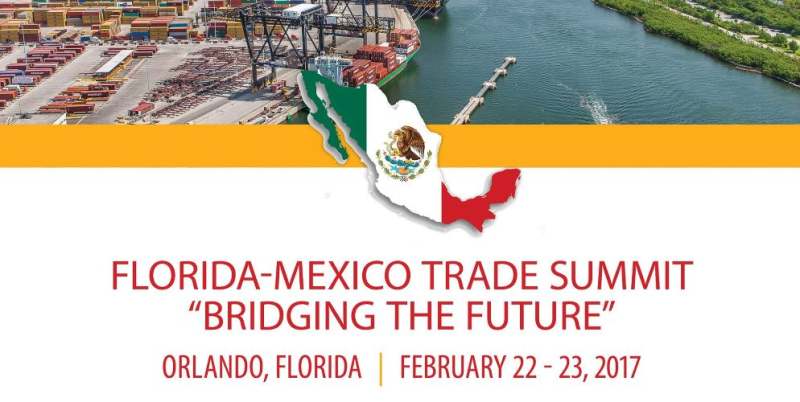 Donald Trump’s frequent clashes with Mexico are already having an impact on Florida’s relations with one of its top trading partners.

A trade summit meant to foster better ties between Mexico and Florida businesses set for Feb. 22 in Orlando was abruptly postponed Monday less than a week after Trump threatened a 20 percent border tax on Mexican products coming into the U.S. and just days after the President of Mexico canceled his meeting with Trump over the tension.

“Understandably, there has been much uncertainty given the current state of negotiation and trade discussions between Mexico and the U.S.,” Doug Wheeler, president and CEO of the Florida Ports Council wrote to expected attendees of the summit. “And while we remain encouraged about the opportunities to continue to increase ocean trade between Florida seaports and Mexico, we also feel discussions from this Summit would be more productive at a time when more information and clarity can be provided.”

The Florida-Mexico Trade Summit, promoted as “Bridging the Future,” was supposed to include Francisco Gonzalez Diaz, CEO of ProMexico, that nation’s economic development arm charged with selling Mexico to the world.

But that was before a tumultuous first week the Trump administration and Mexico clashed over border walls, a tariff and visit schedules.

A spokeswoman for the Florida Ports Council insisted the postponement was not a reaction to anything that happened last week and was instead just about needing to get more information about what happens next between the two trading partners.