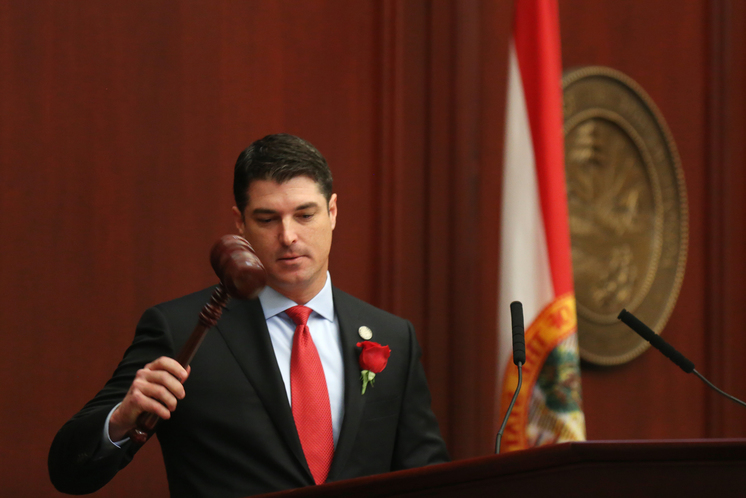 Previously expected to run for state agriculture commissioner in 2018, former House Speaker Steve Crisafulli announced Monday that that campaign isn't in the cards for him.

"After much consideration and prayer, I have decided not to run for Commissioner of Agriculture in 2018," Crisafulli said in a statement shared on social media. "I plan to remain politically active, but after years of travel to fulfill my obligations to the House Republican Conference and as Speaker of the Florida House, there is nothing I want more than to spend time with my wife Kristen and our daughters as they finish out their final years of being at home before going off to college."

Crisafulli, a Merritt Island Republican, had been a Florida House member since 2008, before finishing his legislative career as House speaker in the 2014-16 term. He left the House due to term limits, and running for agriculture commissioner had long been thought to be his next move. (His official House portrait depicts him standing next to a table with an orange on it.)

"Agriculture is a vital part of my family’s history and of Florida’s history; in order for this state to continue to prosper, agriculture must remain a significant part of our state’s economy," Crisafulli said. "Commissioner (Adam) Putnam has done an outstanding job, and his successor will need an equally deep understanding of the fundamental role agriculture plays in Florida and how to address the challenges facing the industry. I look forward to supporting our next Commissioner of Agriculture, and I have no doubt a capable field of candidates will emerge who will be dedicated to the success of this critical industry.”